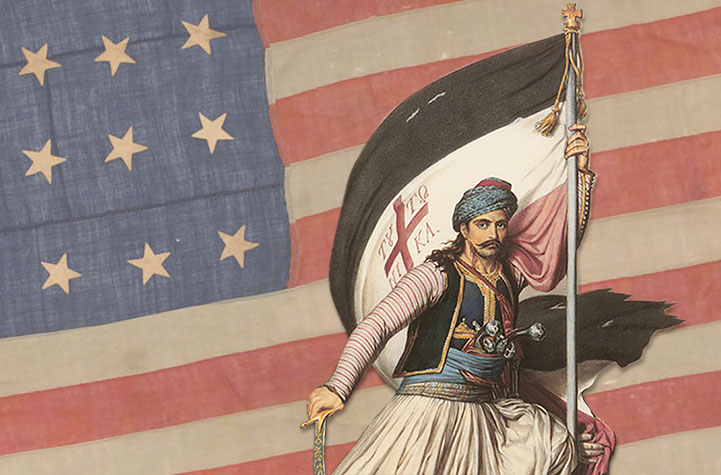 This bicentennial exhibition explores common themes binding Greece and the United States in Greece’s pursuit of universal freedom and liberty by focusing on the myriad connections between the Greek revolutionaries and individual Americans. It also allows viewers to consider the formation of U.S. identity in the first fifty years of the nation’s existence, as U.S. foreign policy was taking shape and slavery was leading America to its own war.

Video of Inauguration with His Eminence Archbishop Elpidophoros of America
March 30, 2021

Organizations and institutions interested in hosting the exhibit beginning in fall 2021 may contact the organizers at info@greekrevolution.org.
See Host an Exhibition page to learn more.