Greek Refugee Children to the U.S.

From Orphans to American Elites

Made an arrangement with Captain Proctor to take three orphan children to America, one girl and two boys. One of these boys has been adopted by Dr. Howe, and one by Mr. Stuyvesant. To these children we gave three blankets and sundry articles of clothing…

A number of Greek boys and girls that came to the United States because of the war were parentless orphans, while others came with parental blessings. Unlike future Greek immigrants, these children were given access to the highest levels of American society, the finest schools, and they became instant celebrities. As the war wound down, the American Board of Commissioners for Foreign Missions (ABCFM) made a systematic effort to recruit young Greeks, educate them in America, and then have them return to Greece. They wished to introduce American educational methods by founding schools, and winning converts to the Congregational Protestant faith.

I ventured on taking him, trusting that I might find a place for him in the United States, and so prevent him from starving. 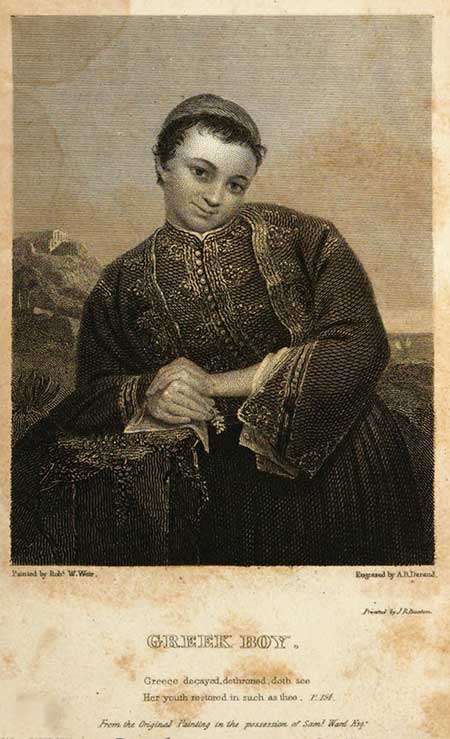 Christodoulos Leonidas Miltiades Evangeles [Evangelides] (1815–81), was the subject of William Cullen Bryant’s 1829 poem, “The Greek Boy.” Evangelides records in his diary that his New York patron expected him to return to Greece as a missionary upon graduation from college, as a condition of financial support. He fulfilled the bargain by founding a private school in Syros that promoted Protestant values. He later served as official U.S. Consul to Greece. 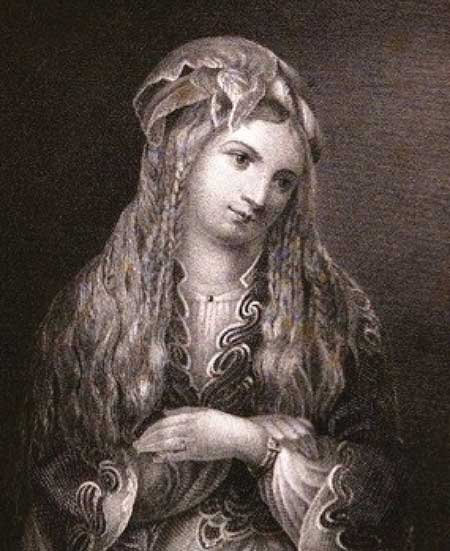 Garafalia Mohalbi (1817–30) was celebrated to such a degree, that ships were launched in her name, a name which young American girls adopted. Tragically she died young.

A Little Girl almost naked came to me on the evening of the 18th [July 1827], and desired me to take her with me saying that she had neither father nor mother living. As she was only nine years old, I could not refuse her request. I accordingly took her as one over whom I intended to exercise the office of a father; but what was my surprise to find the next day, that she not only had a mother but a father also, who were living, and in such distress, that they had sent little Sappho to palm herself upon me as an orphan.

On my asking the mother how she could teach her child to deceive in such a way? She replied, that not only Sappho, but her other five children must perish for want of food, as soon as the meal which I had given them was expended; and she thought, that if her daughter passed herself on me for an orphan, I might be induced to take her, and thus save one of her family from starvation.

When I saw the anxiety of the mother to save the life of her child, I had not sufficient resolution to give her up, and though my means are small, yet by the blessing of God, I am resolved to do the best I can to support her. [This child is now in the family of Governor Winthrop, of Mass., where she is treated and sent to school like one of his own children.] 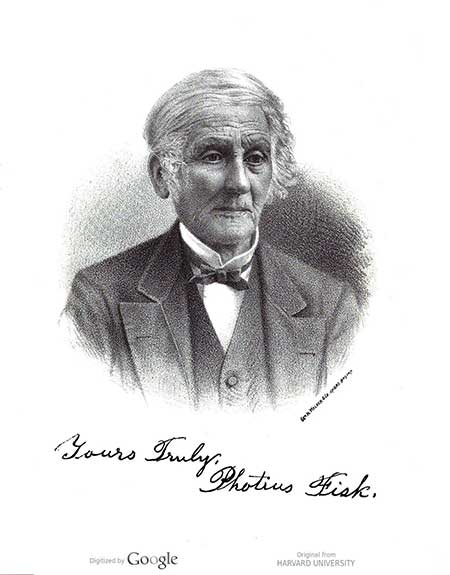 Photios Fisk (1807–90). After being educated at the expense of the ABCFM, Fisk returned to Greece but did not remain. In the United States he became a chaplain in the U.S. Navy and was famous for his advocacy for human rights, supporting John Brown in his unsuccessful attempt to free slaves and other abolitionists who needed funds. He is also known to have kept in contact with family members in Greece and visited there several times. Throughout his life, he supported the poor and helped his friend Anagnos at the Perkins School for the Blind. 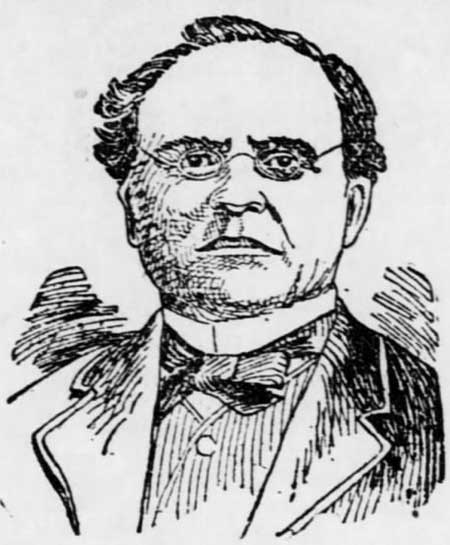 Loukas Miltiades Miller (1824–1902) was adopted by Jonathan Miller. Loukas became a lawyer and businessman, and was an activist on behalf of the Menominee Indians. He was a “Free Soiler” opposed to slavery in the American territories. Eventually, he served in the U.S. Congress (1891–93) as a reformer. 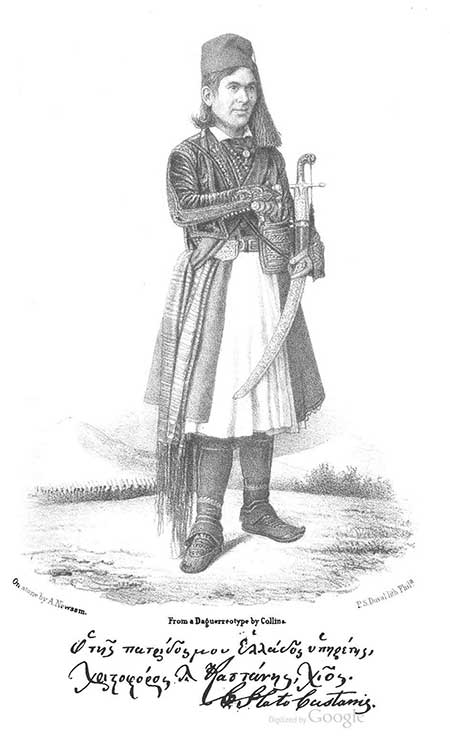 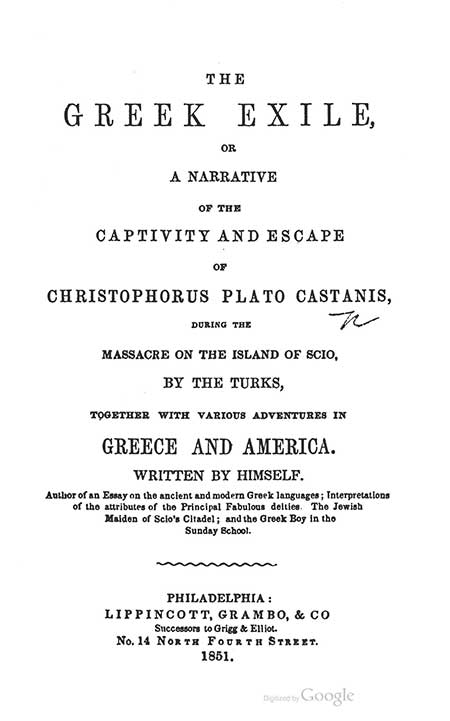 Christophorus Plato Castanis (1814–66), a survivor of the Chios Massacre, became Howe’s assistant in Greece. He was sponsored to attend Mount Pleasant Institute at Amherst, Massachusetts, to learn English and prepare for higher education. He wrote a manual of Greek and was active in promoting the Greek cause in America. 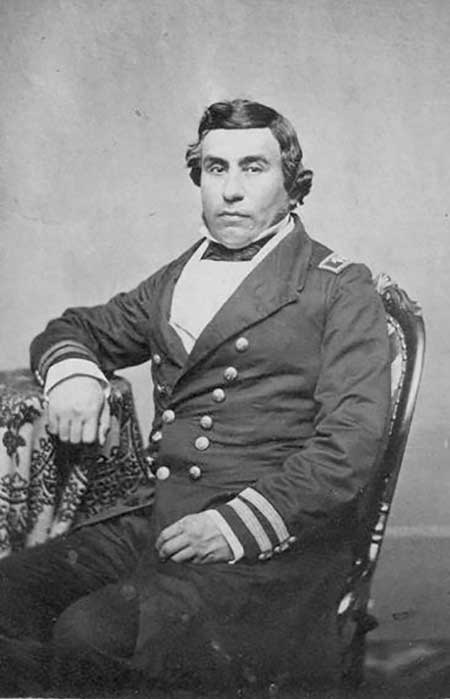 George Calvocoresses (1816–72) had been enslaved after the Chios massacre but was purchased and freed by his father who sent him to America. There, he was supported by Allen Partridge, the head of a military school in Norwich, Vermont, and upon graduation joined the U.S. Navy. George steadily rose in rank and served on many American ships with distinction. One of his most noteworthy voyages was on the scientific expedition of the USS Porpoise, which toured the world and explored and first named Antarctica.

Alexandros Paspatis (1814–91), another survivor of the Chios Massacre, attended Amherst College and medical school in Europe, became a physician and scholar in Constantinople, and was one of the founders of the field of Byzantine archaeology. 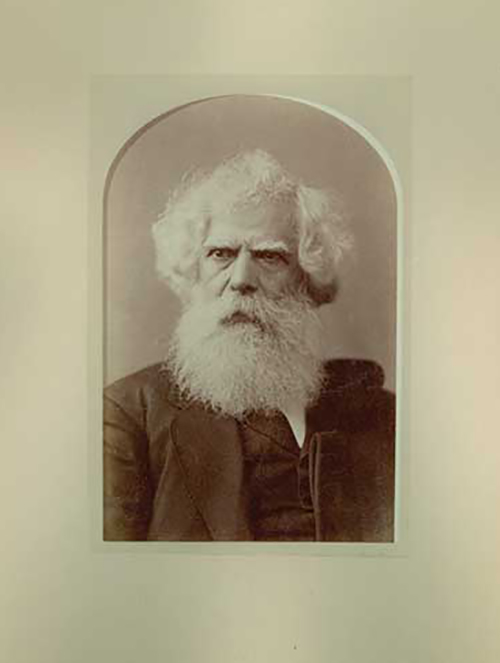 Evangelinos Apostolides Sophocles (1807–83) was born and raised in Thessaly and studied with the famous scholar Anthimos Gazis. Sponsored by the ABCFM to come to the U.S. at age 24, he studied at Mt. Pleasant Classical Institute, Amherst College and then Hartford. In 1842, he became a tutor at Harvard College and taught Greek until he died in 1883. Among his important works were his Greek Grammar for the Use of Learners and the Greek Lexicon of the Roman and Byzantine Periods from B.C. 146 to A.D. 1100.

Mt. Pleasant Classical Institute in Amherst, Massachusetts, was a school for boys where a number of Greek orphan boys were brought to begin their studies. 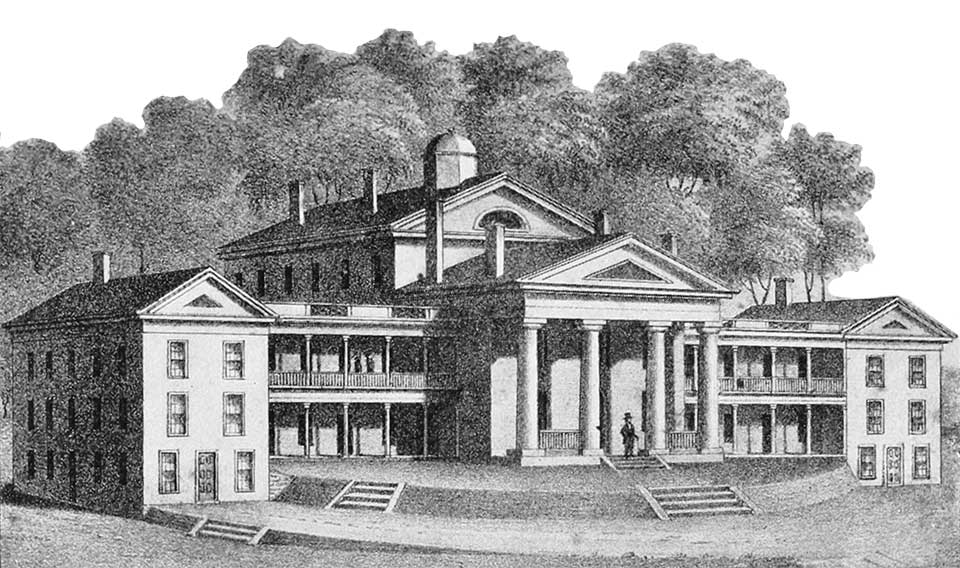