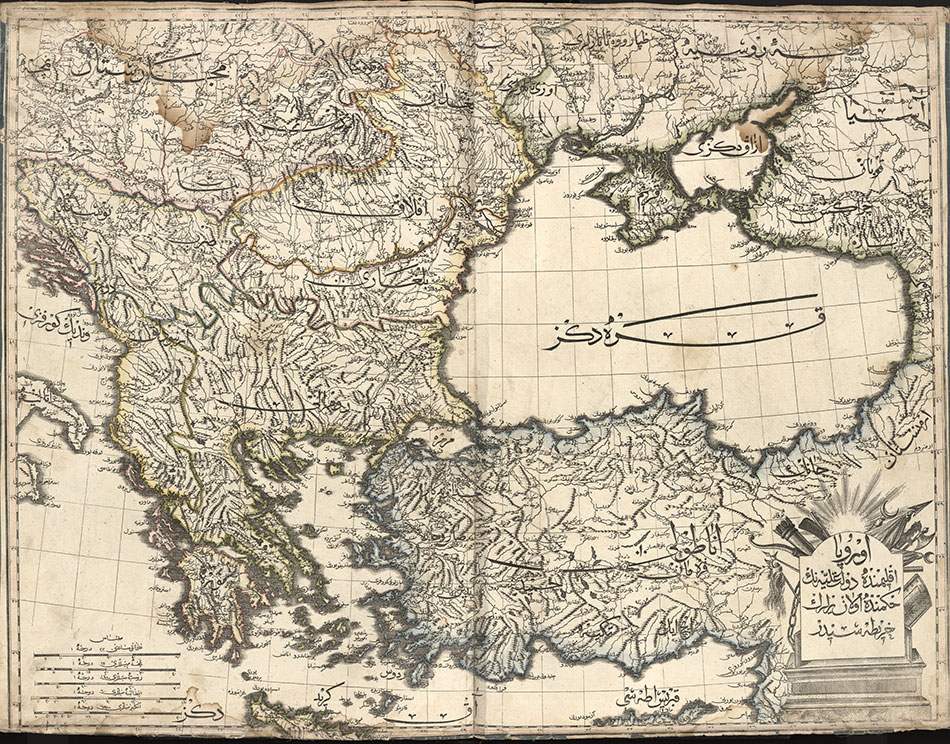 Greece came under Ottoman control even before Sultan Mehmed II conquered Constantinople in 1453. In 1386, Gazi Evrenos Bey took the city of Larissa in Thessaly. Thereafter, Ottoman rule of the Greek peninsula was a small minority ruling class over a majority Greek Orthodox Christian population. Ottoman power was focused in urban centers, with large landowners ruling over the Greek peasant population in the countryside. In 1800, the Peloponnessos had 40,000 Ottoman Turks living mostly in cities, and 360,000 Greeks.

In the late Ottoman period, a disintegration of the central administrative system meant that peasants were easily exploited by local Ottoman authorities. Greek Orthodox peasantry had already faced structural discrimination, including the non-Muslim head tax (djizye) and exclusion from Ottoman administration, and military service. There were exceptions, however, as the Ottomans used Phanariots (wealthy Greeks of Istanbul) to rule the Romanian territories (Danubian Principalities), as well as armatoles (armed Christians) to guard Balkan mountain passes. Armed Christians would also act as klephts (bandits), who used banditry as a means of subsistence.

The seventeenth-century Greek flight into the mountains resulted in the flourishing of a relatively autonomous society as well as the rise of a powerful Greek Balkan merchant class. This group included the Greek ship-owning merchants of the Greek islands. Also important were monastic communities that became centers of culture and Greek education. 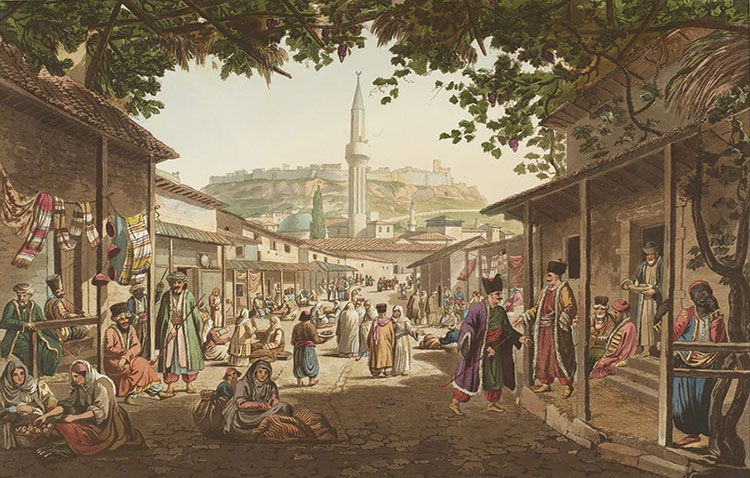 Scene of the Bazaar of Athens below the Acropolis. Views in Greece from drawings by Edward Dodwell, Esq., 1821. 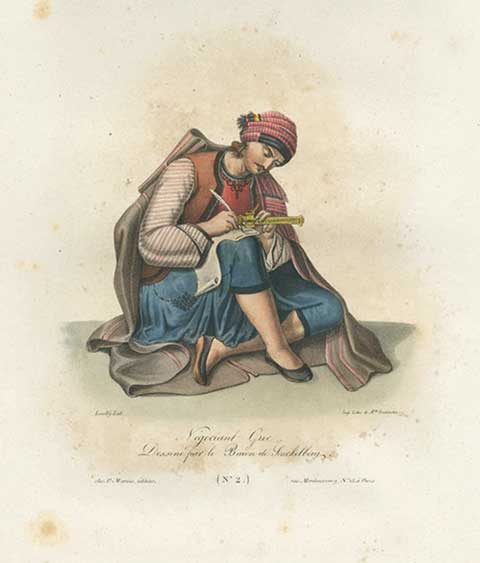 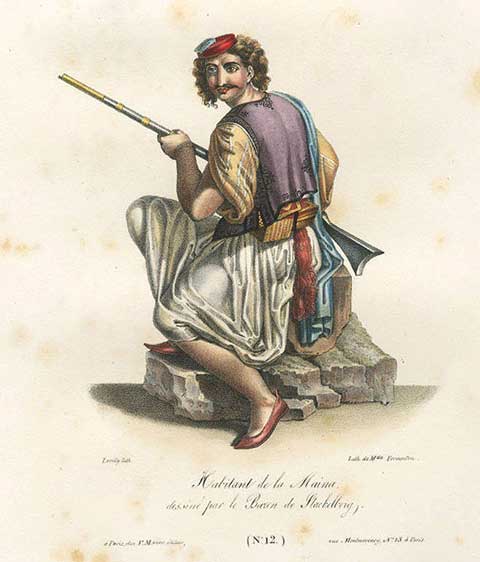 Armatoles were armed Greeks commissioned by the Ottomans to govern hard to reach territory from brigands (klephts) who used banditry as a means of subsistence. Their roles were often blurred, as klephts served as armatoles, and vice-versa, when the situation demanded. 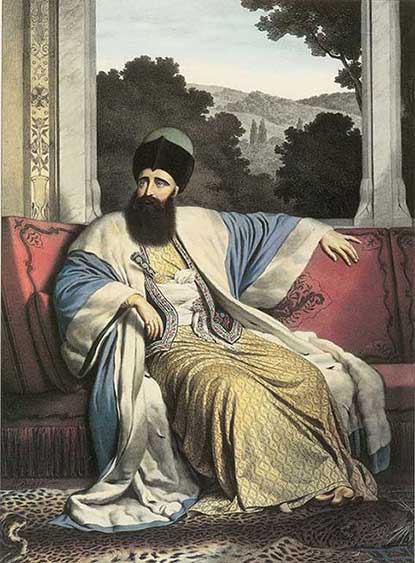 Michael Soutzos was a Phanariot appointed Prince of Moldavia between 1819–21. He became a member of the Philike Etairia and supported the Greek Revolution in Moldavia and Wallachia. 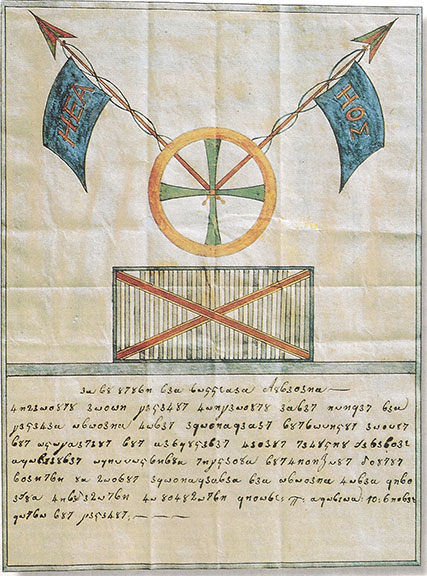 An “ephodiastikon” or “passport” of the Philike Hetairia with the abbreviation for “Freedom or Death” (Ελευθερία ή Θάνατος). Text is written in secret code, March 1815.

The Philike Etairia, a secret fraternal revolutionary society established in Odessa in 1814, and consisting of primarily merchants and shipowners, planned the revolution for spring 1821 in three places simultaneously:

Only the “peasant revolt” in the Peloponnessos was successful. 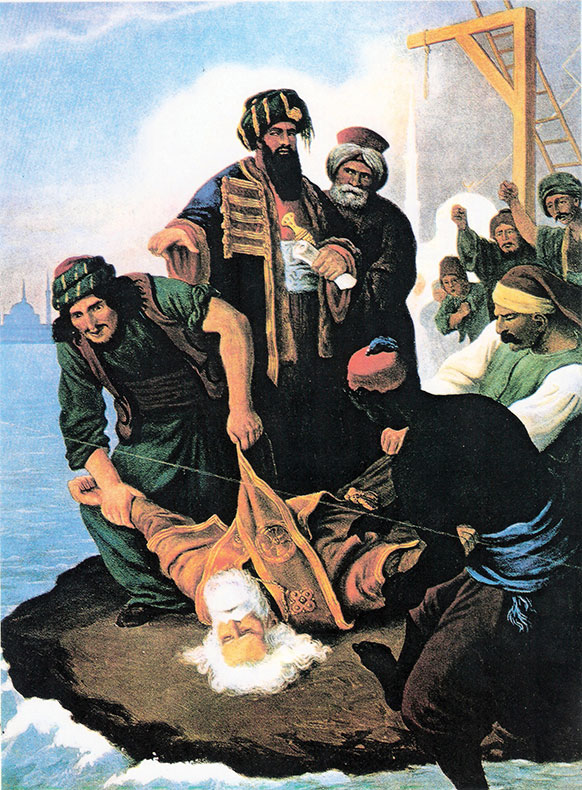 The war is emphatically a war of the crescent against the cross. The venerable patriarch of the Greek faith, torn from his altar and hanged at the portals of his church, gave the signal of the unholy outrages which were to waste his flock. 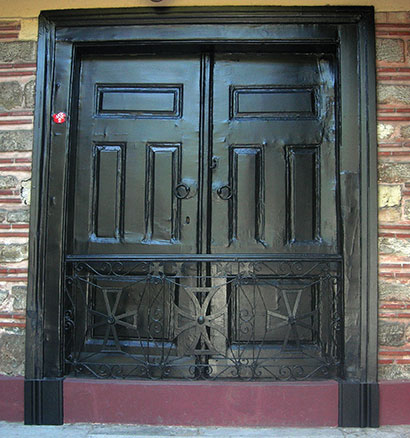 The front gate of the Ecumenical Patriarchate of Constantinople, where Patriarch Gregory V was hanged, has remained closed ever since as a memorial to his martyrdom.

By order of Sultan Mahmud II, Ecumenical Patriarch Gregory V was apprehended on Easter Sunday, April 10, 1821, and hanged at the front gate of the Patriarchate in his full liturgical vestments. After three days, his body was dragged through the streets by a mob and then thrown in the Bosphorus. The body was recovered by friendly sailors and brought to Odessa, in the Russian Empire, and interred with imperial honors. His relics were transferred to Athens in 1871.