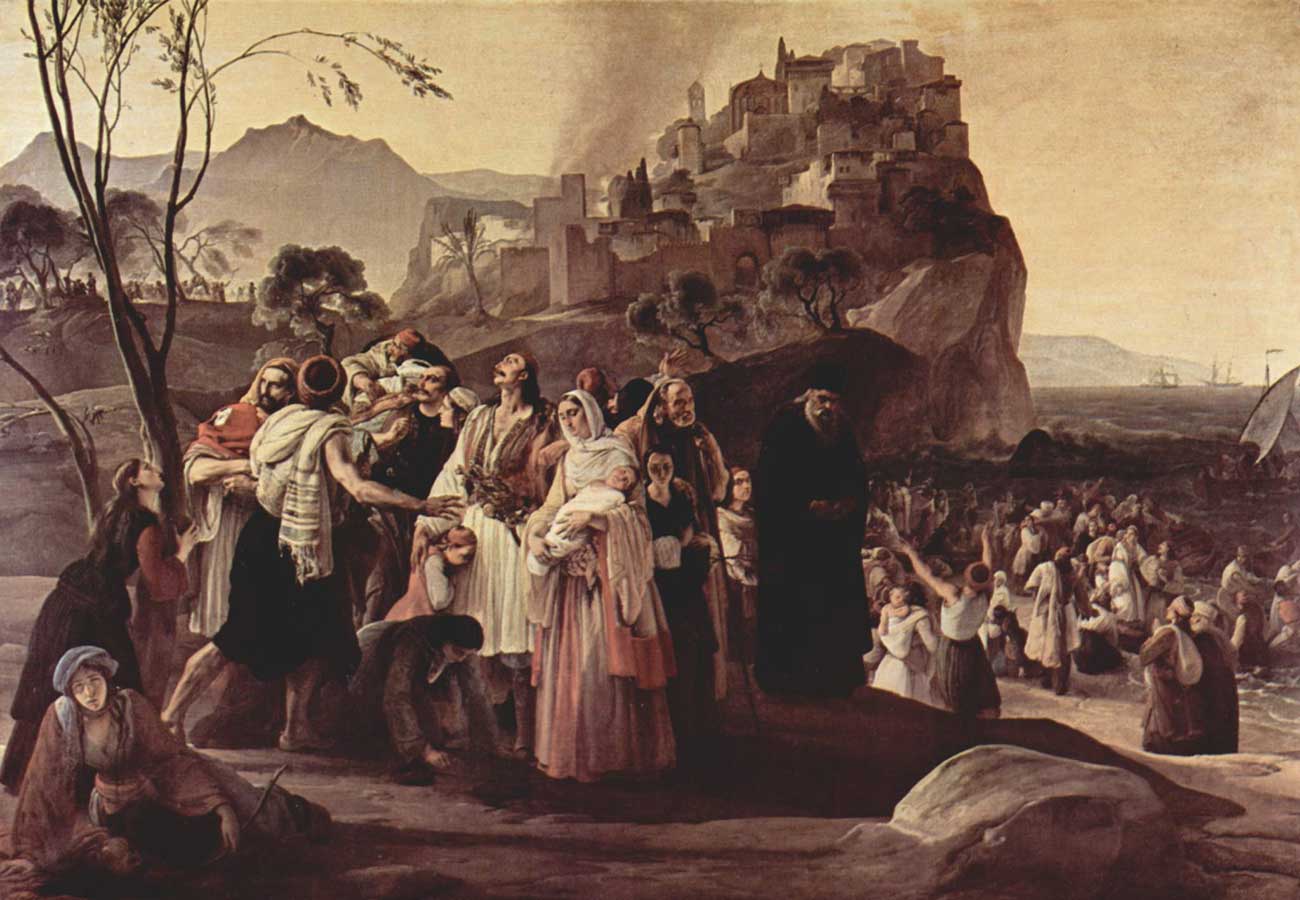 Colonel Jonathan Peckham Miller (1797–1847) of Vermont was enlisted by the Greek Relief Committes in the U.S. as the main agent in charge of receiving the ships laden with humanitarian cargo.

The first international non-governmental humanitarian enterprise in modern history took place as a result of the Greek Revolution. Transfixed by news accounts of the 1822 Ottoman Massacre of Chios and the subsequent suffering of the Greeks, people across Europe and the United States responded with an outpouring of money and material support.

The Greek Relief Committees raised money for the Greek cause. Funds collected up to the year 1825 largely were directed to military supplies and armaments for Greek soldiers. Concern grew, especially among Philadelphia Quakers, that humanitarian aid was being diverted to support the military effort. Worse yet, pirates were capturing humanitarian ships, and as a result, U.S. Naval squadrons were enlisted to protect the American merchant ships transporting the cargo. Among the ships tasked with this protection detail was the USS Constitution. After the fall of Missolonghi in 1826, a new wave of support from America sent food and clothing to the starving people. Greek Relief Committees rose to the occasion and were responsible for the greatest single humanitarian contribution to the Greek cause. 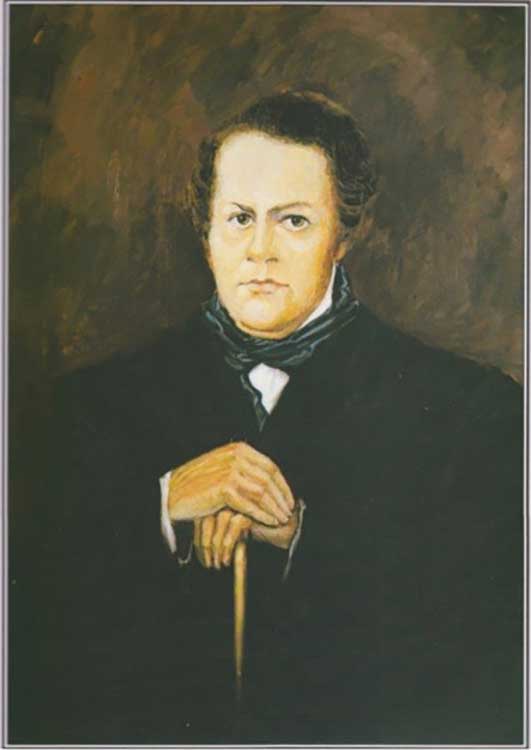 Colonel Jonathan Peckham Miller (1797–1847) of Vermont was enlisted by the Greek Relief Committees in the U.S. as the main agent in charge of receiving the ships laden with humanitarian cargo. 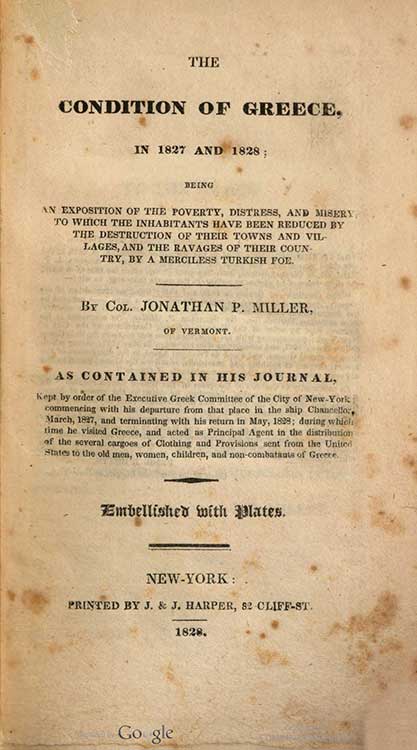 Colonel Miller was required by the Executive Greek Committee of New York to keep a diary with detailed descriptions of his experiences, as well as lists of bills of lading for the boats from America. His diary provides insight into the first modern international humanitarian efforts.

June 16—Commenced delivering out the flour to the poor widows and orphans at Poros, collected from various places. To those at Poros, I gave seven barrels of flour, which were divided equally among ninety-seven souls: to the others I delivered one hundred and twenty barrels of flour, to be divided among one thousand eight hundred and two souls. Sent the half barrel to Spetzia for the suffering family of eleven individuals. Also delivered about one thousand yards of cotton and woolen cloth to the naked. 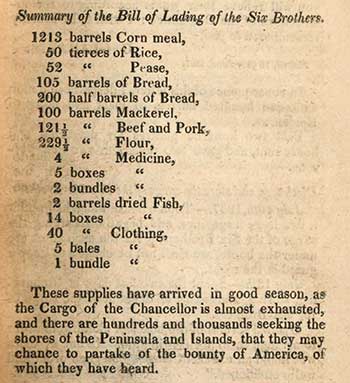 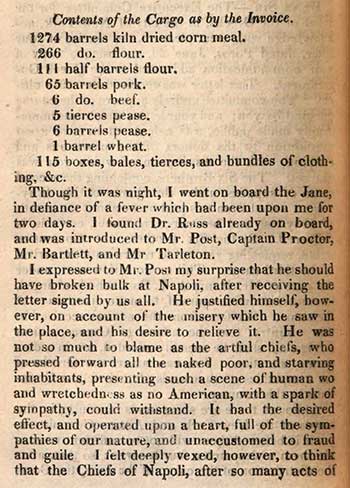 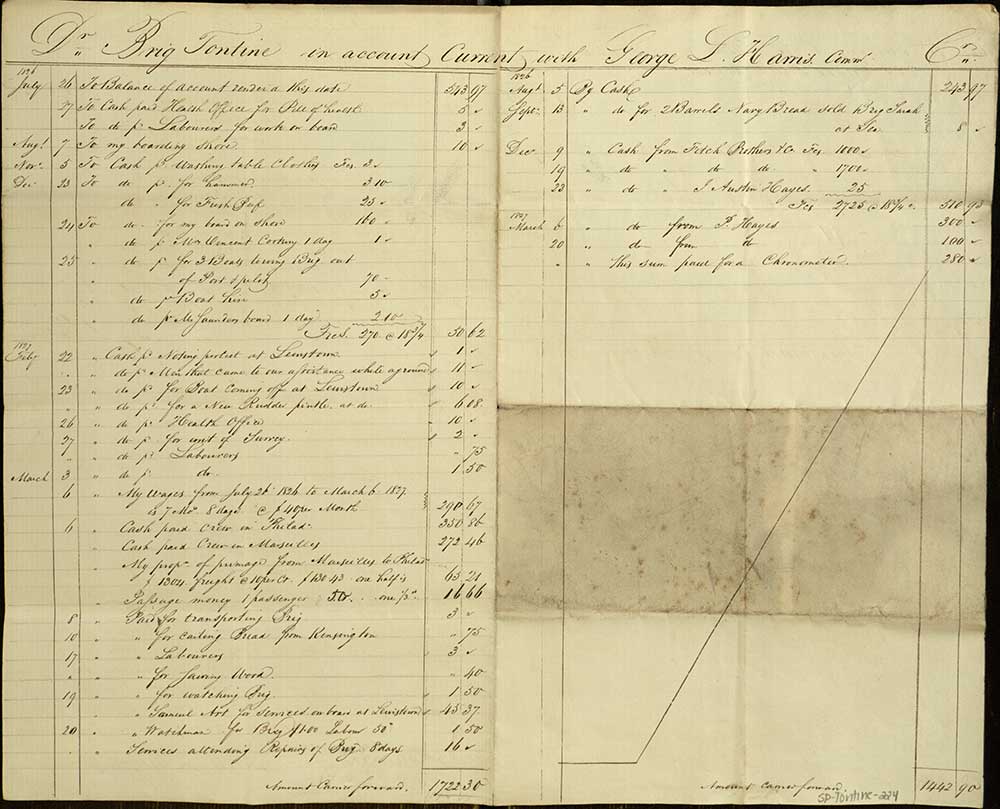 The Tontine Captain’s Logbook. Jonathan Miller and Samuel Gridley Howe reported that $12,000 in humanitarian relief from the Philadelphia ship Tontine was exchanged by the provisional Greek government for $2,500 in cash. Miller vigorously complained about this to the authorities.

The four following days we employed in feeding the starving multitudes that were constantly pouring down upon us from the mountains. The number of persons to whom we administered relief, was about eighteen thousand—principally women and children, and old men, from Coron, Modon, Navarino, and the other Messinian towns.

U.S. Ships and Their Value

In the course of 1826 and 1827, the Greek Committees of the U.S. sent a total of at least eight shiploads of food, clothing, medical supplies and other items using American merchant ships. The $100,000 in cargo helped alleviate the hunger and suffering of thousands.

Distribute to Multitude in Distress.

[I] opened the box of clothing from Orange, New Jersey, and began distributing to those who were nearly naked. In half an hour, there were collected around my quarters, at least a thousand women and children. In order to prevent any deception on the part of those whom I should give, I placed several soldiers outside of the door, who selected those who were nearly naked, and passed them into the house, where, with the assistance of two old women, they were clothed and passed out, the soldiers taking care that they did not come a second time. 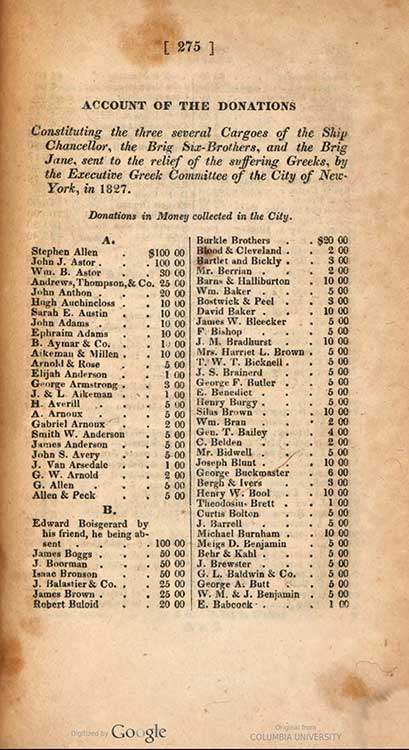 First page of the donor report detailing donations for the humanitarian aid being sent to Greece. 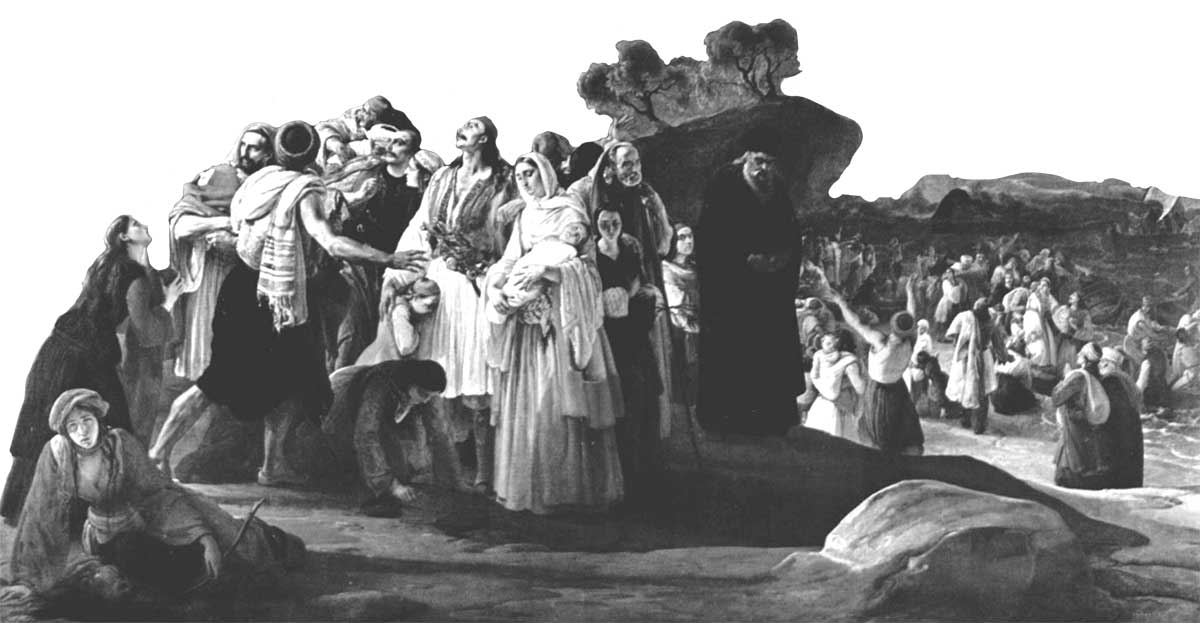