Home » Exhibition » Freedom or Death » Live and Die for Liberty

“To Live and Die for Liberty”

A Direct Appeal to America

Proclamation of the Messenian Senate
Citizens of the U. States of America!

In taking the Resolution to live and die for liberty, we feel ourselves drawn toward you by a natural sympathy. It is among you, that liberty has found her abode, and she is worshipped by you as by our fathers. In invoking her name we invoke yours; feeling that in imitating you we imitate our own ancestors, and that we shall show ourselves worthy of them in proportion as we resemble you.

Though separated from you, Americans, by mighty oceans, we are drawn near to you by your virtues. We feel you to be nearer to us than the nations on our frontiers, and we regard you as friends, fellow-citizens, and brethren, because you are just, benevolent and generous. Just, for you are free: Benevolent and generous, for your laws are the laws of the gospel.

On March 23, the Greek Maniote chieftan, Petrobey Mavromichalis (1765–1848), with 2500 irregular klephtic (brigand) fighters, liberated Kalamata as the Ottoman garrison surrendered without fighting. Two days later, on March 25, 1821, the large gathering of chieftains from the region, known as the Messinian Senate of Kalamata, convened to issue the revolutionary proclamation for “Liberty” from the “tyranny of the Turks.”

The proclamation for “Liberty” was sent in the name of the Senate and Commander-in-Chief Petrobey Mavromichalis. In his letter of appeal of May 25, 1821, Petrobey addressed the citizens of the United States of America. By appealing to the Americans directly as “Citizens of the United States,” Petrobey identified the shared value of liberty. He asked for aid to purge Greece from the “barbarians” who “polluted the soil” for four hundred years. Thus, the Greek revolutionaries understood themselves as part of a universal struggle for freedom. 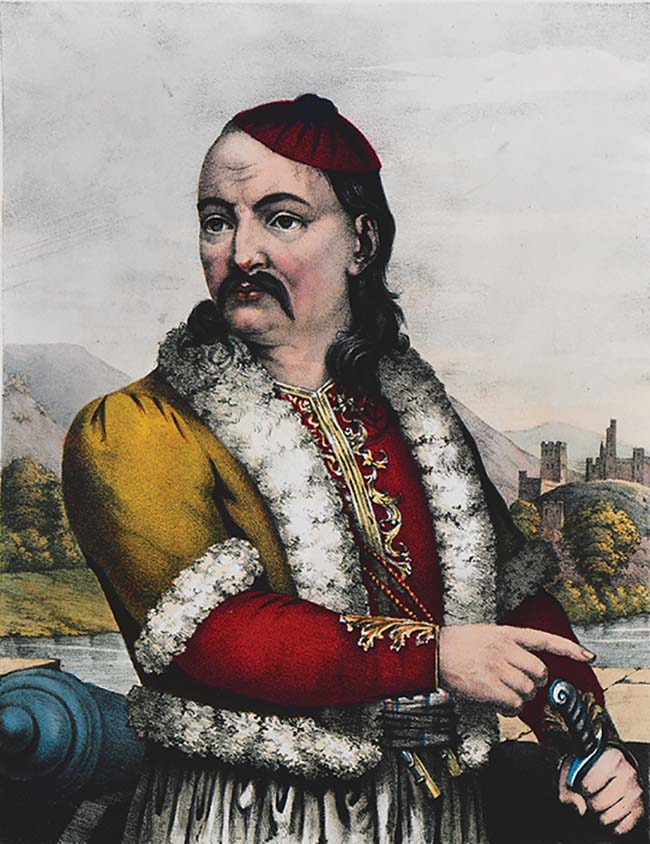 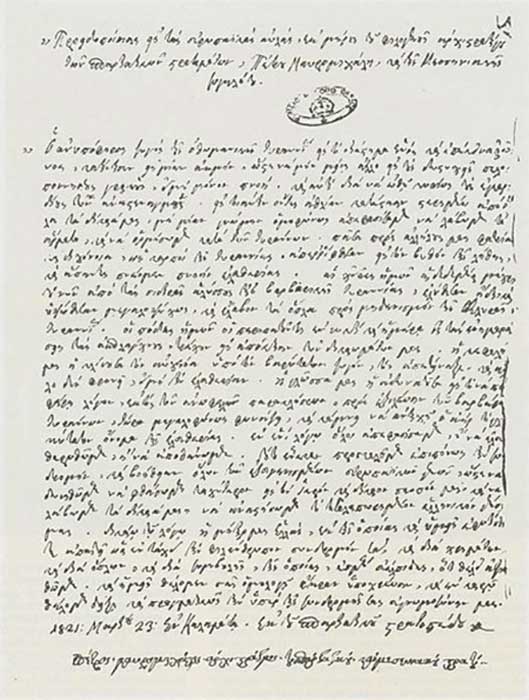 “Προειδοποίησις εις τας ευρωπαϊκάς αυλάς,” a declaration of the Greek aspirations to the courts of Europe signed on March 23, 1821 by ‘Petrobey Mavromichalis, Prince and Commander in Chief’. 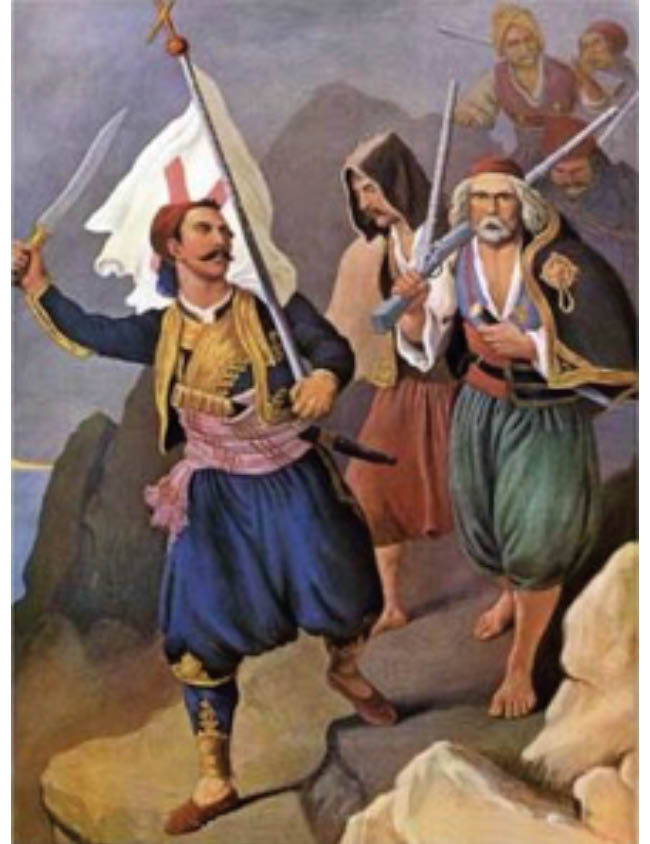 “Your freedom does not rest on the slavery of other nations, … you wish that all men should partake these blessings, and enjoy the rights which nature intended for all…It is you, who first asserted these rights, and you who have first again recognized them, in restoring to the oppressed Africans the character of Men.” 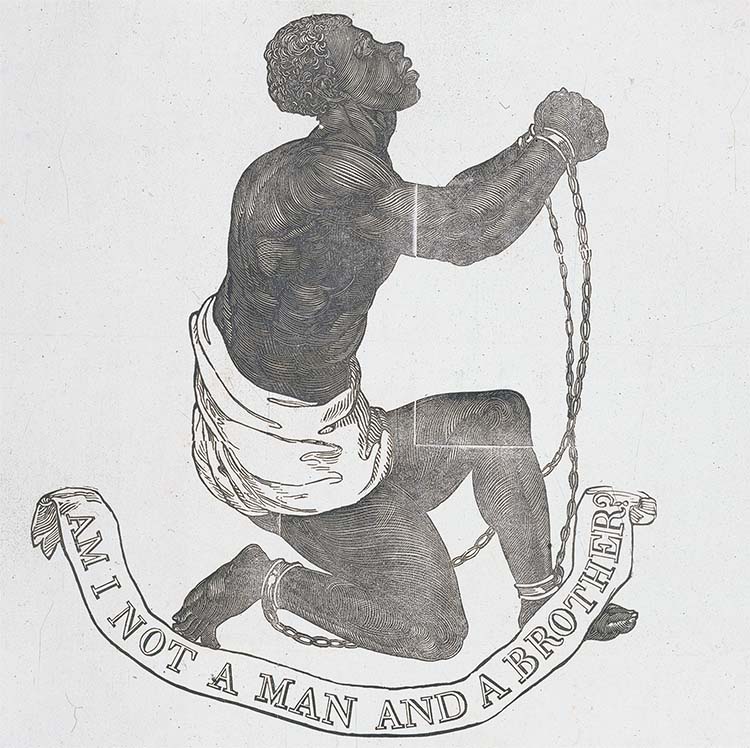 “Am I not a man and a brother?” was an image popular among British and American Abolitionists. In a direct rebuke of slavery, Petrobey commended the citizens of the United States for their recognition of the humanity of Africans, and for halting the trans-Atlantic slave trade in 1808. Abolitionist ideals were introduced by the Greeks from the beginning of the Greek Revolution. 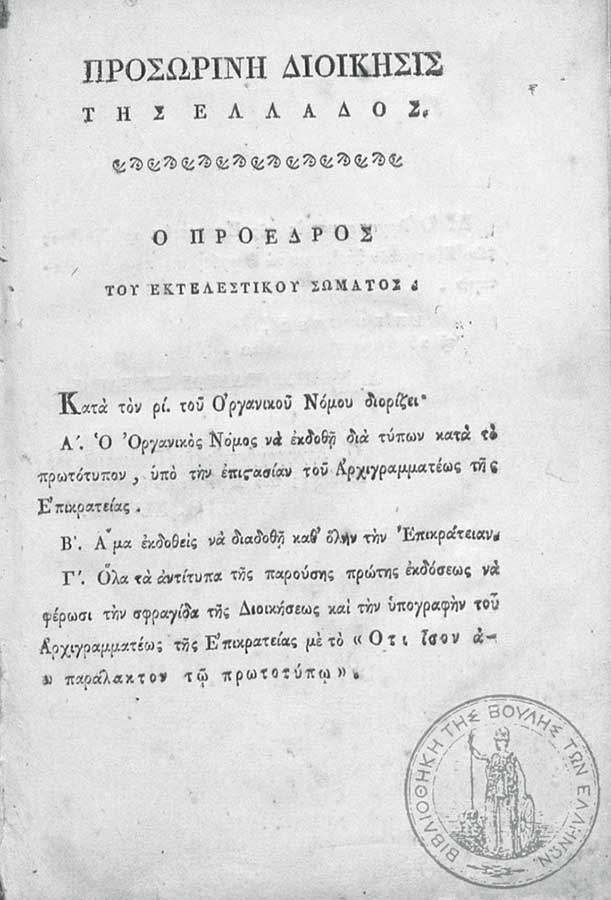 (Courtesy of the Library of the Hellenic Parliament, Athens) 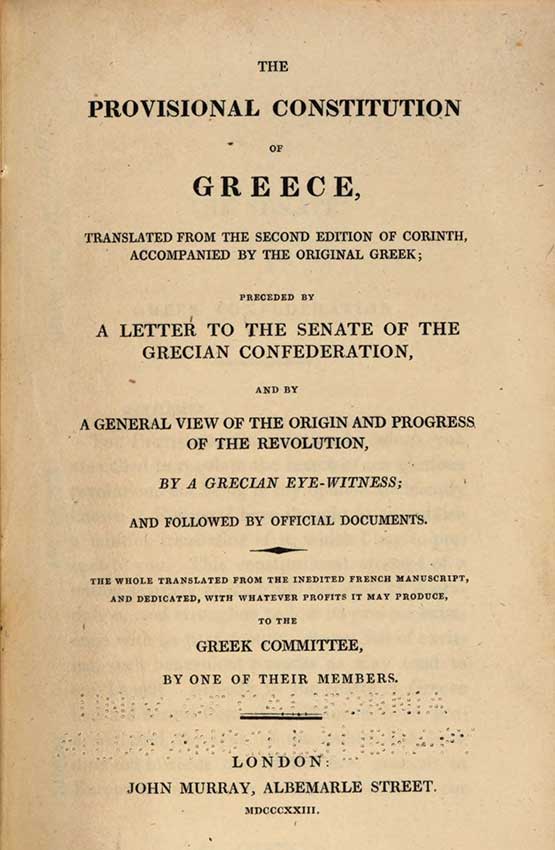 Here shown in Greek (top) with English translation (above), the Constitution of Epidaurus, or Provisional Constitution of Greece, became the first liberal democratic constitution in the modern history of Greece and was published in Corinth. Modeled on the French Revolutionary constitutions, as well as the United States Constitution, it created two branches of government — a legislative and executive — to maintain a balance of power.

Revolt in Peloponnese and Crete known as the Orlov Revolt

Establishment of the revolutionary society Filike Etairia Society of Friends

A view of Kalamata in 1687 by Jacob von Sandrart.