Howe, Reform, and the Abolition of Slavery

In 1831, Howe returned from Europe to Boston but continued his quest for reform and freedom. He became the superintendent of the New England Asylum for the Blind: the first school for the blind in the U.S. His most famous pupil, Laura Bridgman (1829–89), both blind and deaf, learned to communicate and to read. Howe also taught the intellectually disabled to read and write, and to acquire skills for employment, which spurred the opening of analogous schools in other states.

In 1841, Howe traveled south with pupils to generate enthusiasm for these schools. He wrote Charles Sumner (1811–74) about a brutal slave beating he had witnessed in New Orleans. The letter appeared in The Liberty Bell (1843) under the heading, “Scenes in a Slave Prison.” In 1846, he helped found the Boston Vigilance Committee to protect escaped slaves. The committee became involved in the case of runaway slave Shadrach Minkins (1814–75), apprehended by federal marshals while working as a waiter. The committee rescued Minkins and put him on a train to freedom in Montreal.

During the American Civil War (1861–65), Howe traveled to Washington, D.C., as a member of the United States Sanitary Commission. His wife, Julia Ward Howe (1819–1910), accompanied him and wrote the “Battle Hymn of the Republic,” which was sung to the tune of “John Brown’s Body.” In 1863, Howe became a commissioner of the Freedmen’s Inquiry Commission. He supported freedmen fighting for the Union and distributed rebel land to freed slaves.

In Greece, Howe witnessed the injustice of slavery, but in New Orleans, he witnessed its cruelty. 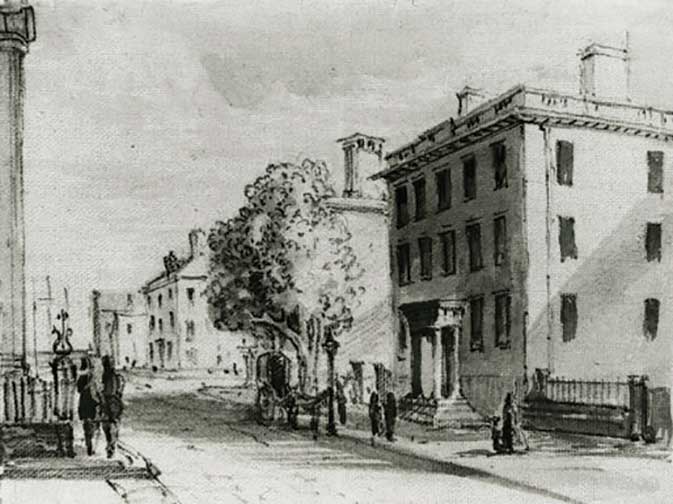 T.H. Perkins donated the house that housed the school in 1833-39 on Pearl Street in South Boston 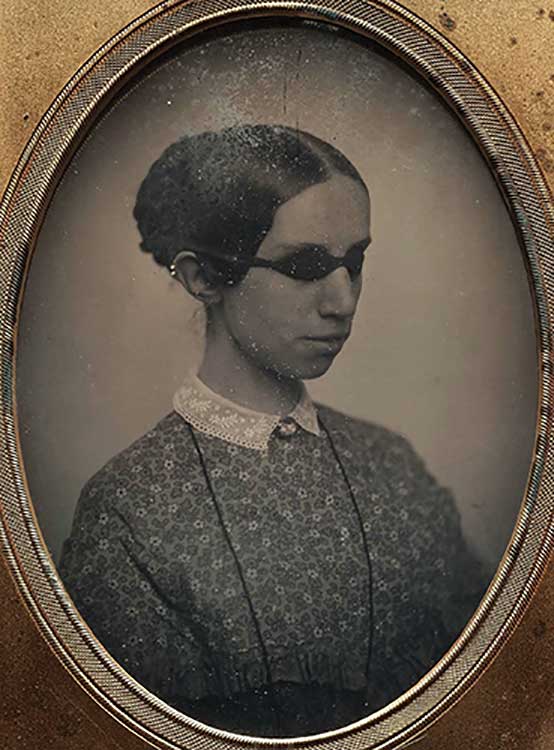 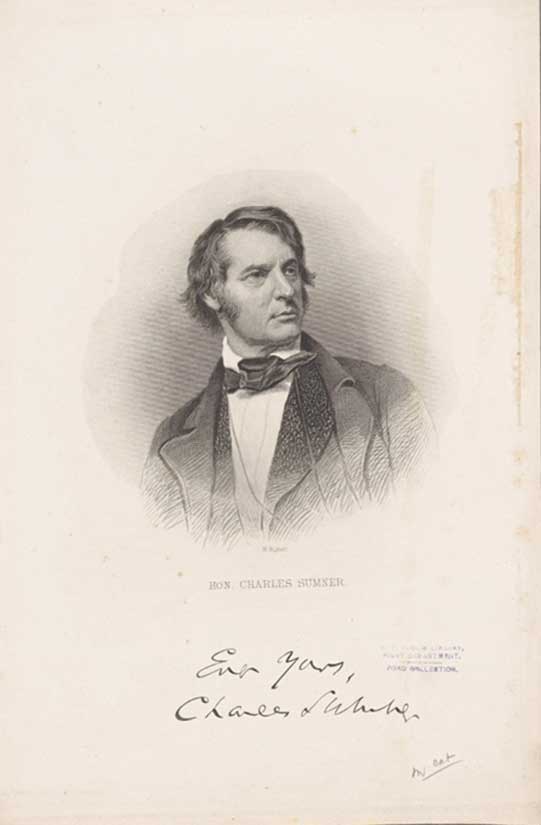 Charles Sumner (1811–74) of Massachusetts became a leading “radical” anti-slavery activist as a U.S. senator of the Republican Party in the 1850s. 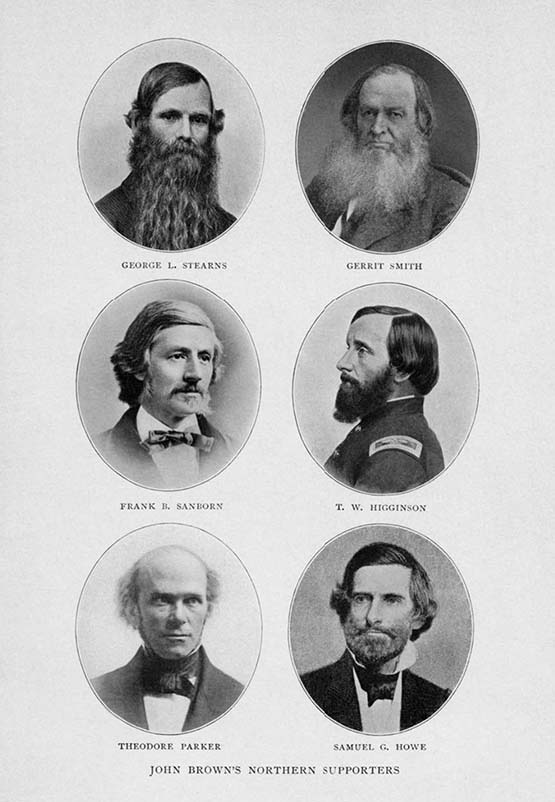 The Secret Six and John Brown

Howe supported free-soilers moving into Kansas following the Kansas-Nebraska Act (1854). In 1857, he met the abolitionist John Brown (1800–59), who was hiding out in Boston after killing slavery supporters in Pottawatomie, Kansas. Howe joined five others to form “the Secret Six,” which funded Brown’s ill-fated attack on Harpers Ferry, Virginia. Brown took over the town’s federal arsenal, but federal troops under the command of Captain Robert E. Lee suppressed the uprising. Most of Brown’s men were killed, and Brown was hanged. 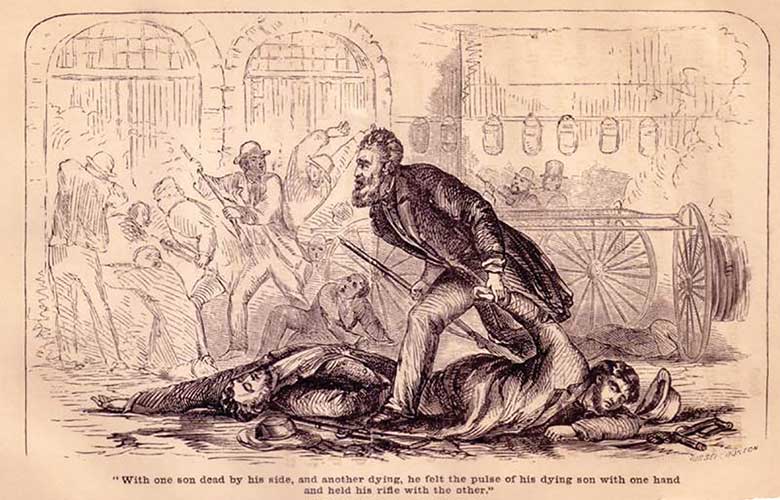 This engraving of John Brown standing over his sons during the raid at Harpers Ferry was printed in The Public Life of Captain John Brown (Boston: Thayer and Eldridge, 1860) by James Redpath. 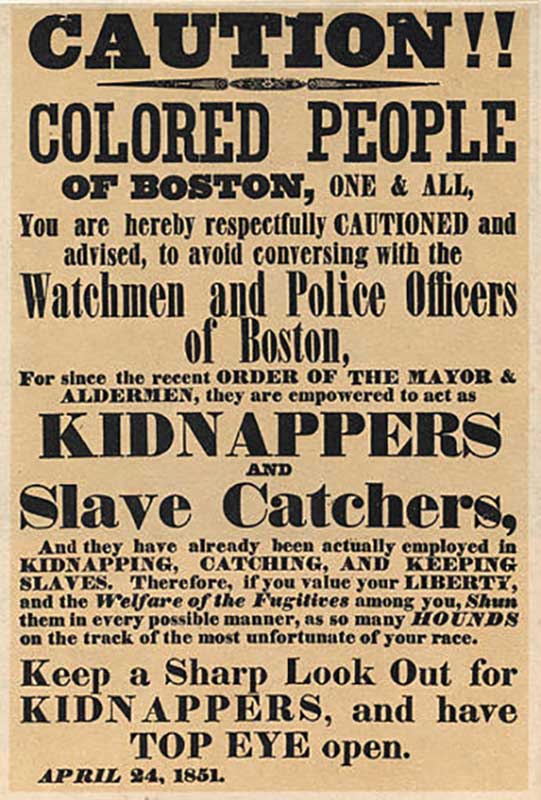 This poster from 1851, shortly after the introduction of the Fugitive Slave Act, urges black Bostonians to avoid police and be on the alert for slave catchers. 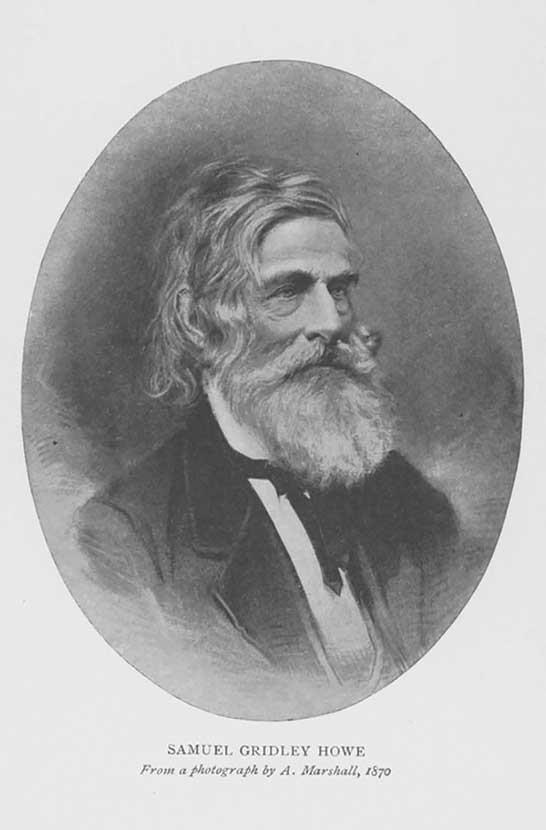 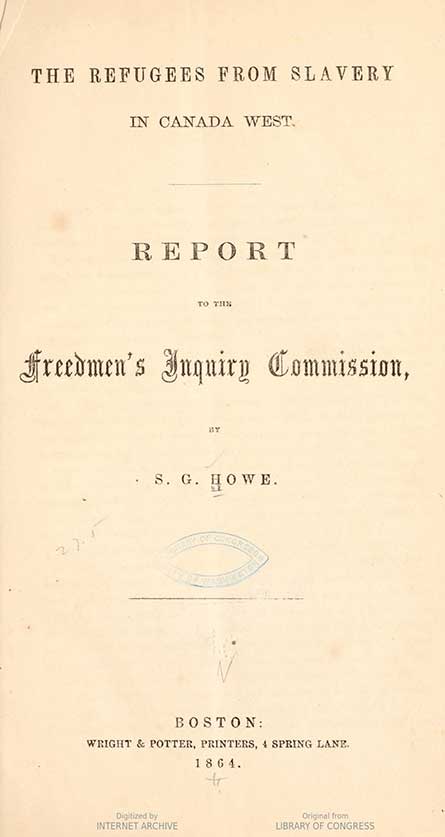 The report of 1864 included interviews and descriptions of conditions before and after arriving in Canada. The report was extremely influential in laying out arguments for the abolishment of slavery by the Fourteenth Amendment to the U.S. Constitution. 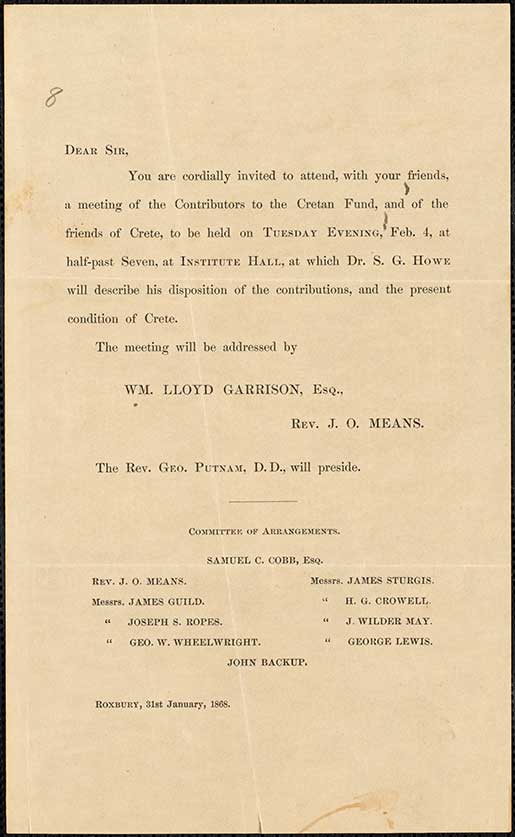 A printed circular invitation to a “meeting of the Contributors to the Cretan Fund, and of the friends of Crete” that featured Samuel Gridley Howe.

(Public domain via the Library of Congress)

“The Effect of the Fugitive-Slave-Law” by Theodor Kaufmann (New York, Hoff & Bloede, 1850). 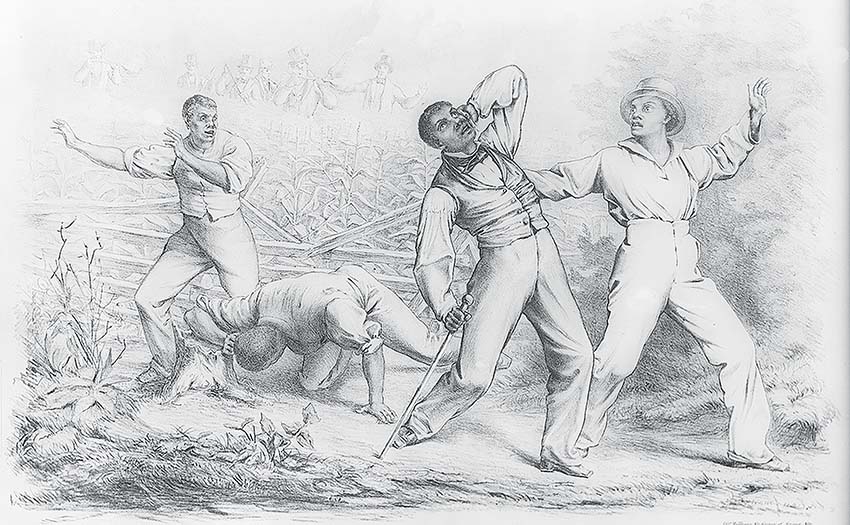