From Boston, New York, and Philadelphia

Greek Fire seems spreading through the United States. Meetings have been held in a variety of places, resolutions adopted, and contributions made for the Holiest of all causes. 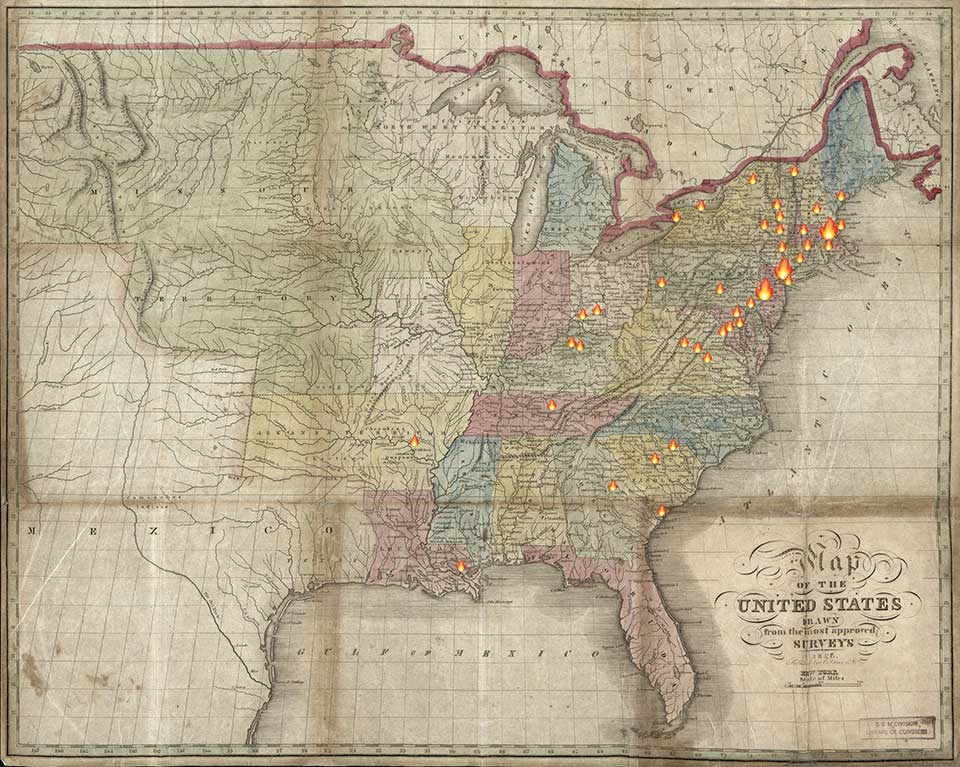 (Public Domain via Library of Congress)

Beginning in December 1823, Americans across the country found themselves experiencing “Greek Fever.” It was also referred to as “Greek Fire.” In New York, young women sparked the city’s wave of Greek relief by donating and erecting in Brooklyn Heights a 20-foot cross with the inscription, “sacred to the cause of the Greeks.” Throughout the United States, theaters hosted benefit performances, churches held collections, merchants gave portions of their earnings. Ship-owners even allocated space, so American ships could bring humanitarian relief to Greeks in need.

In major cities, such as New York, Boston and Philadelphia, prominent figures chaired and participated actively in the work of relief committees: among them William Bayard– a New York City banker, Thomas Winthrop – a Massachusetts politician, Mathew Carey – an Irish American publisher and philanthropist in Philadelphia. The Philadelphia committee counted among its members the future director of the United States Mint under President Franklin Pierce (1804–1869), Thomas M. Pettit (1797–1853). A multitude of major colleges and universities, including Yale, Columbia, Brown, and the United States Military Academy, also became the sites of relief committees. Students formed these committees, issued pamphlets, collaborated with other campuses, encouraged awareness of the Greek cause, and raised money to contribute to the general “Greek Fund.” 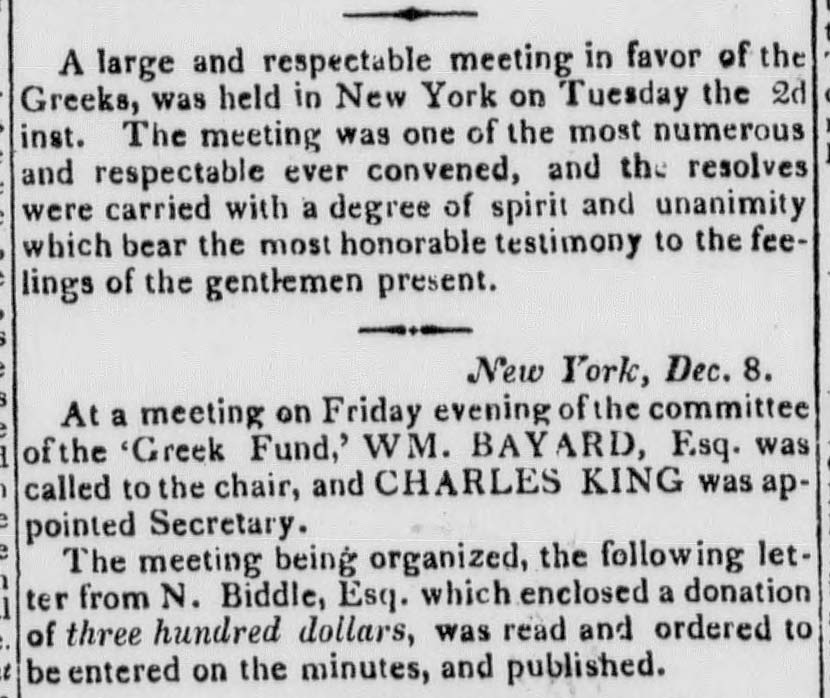 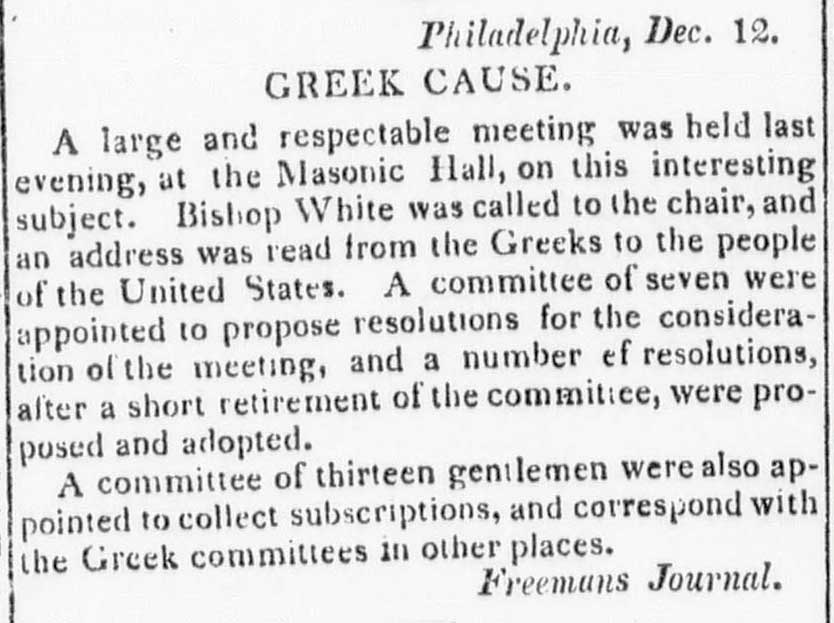 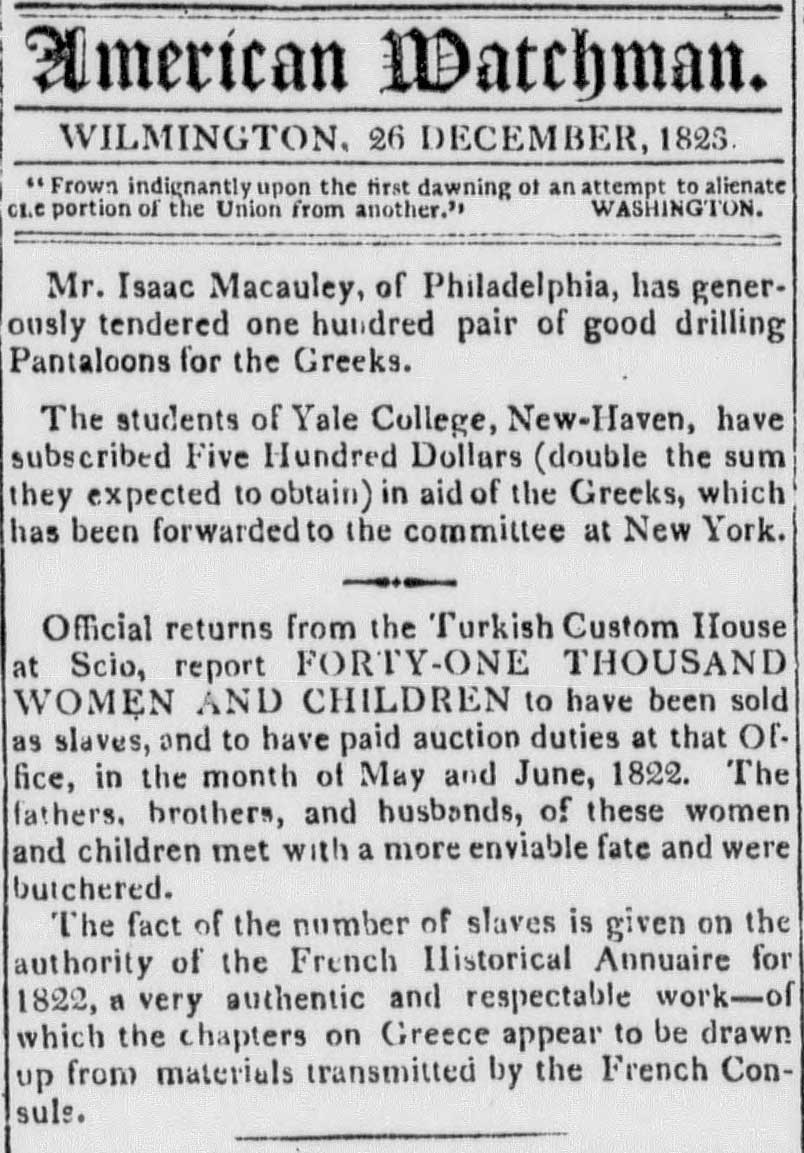 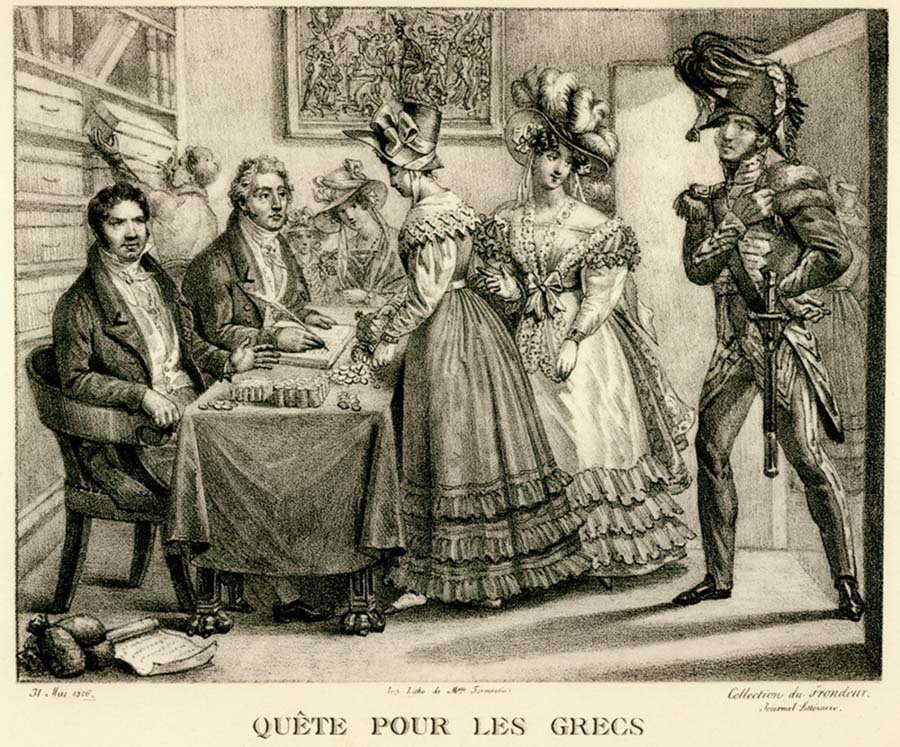 Citizens in France and Britain, as well as the United States, actively raised funds for the Greek cause. This 1826 lithograph shows women stepping forward to make their donations.

Americans raised millions of dollars, in today’s currency, for food, medical supplies, and even weapons in support of Greek soldiers and civilians. By July 1824, just six months after the beginning of “Greek Fever,” New York alone had raised $37,000 (roughly $993,000 in today’s money). Niles’ Weekly Register—a national newspaper based in Baltimore, Maryland, and other national and local papers, including the New York Commercial Advertiser, Philadelphia Gazette, North American Review, Boston Recorder, and Connecticut Courant, documented, shared stories, and spread word of these efforts. 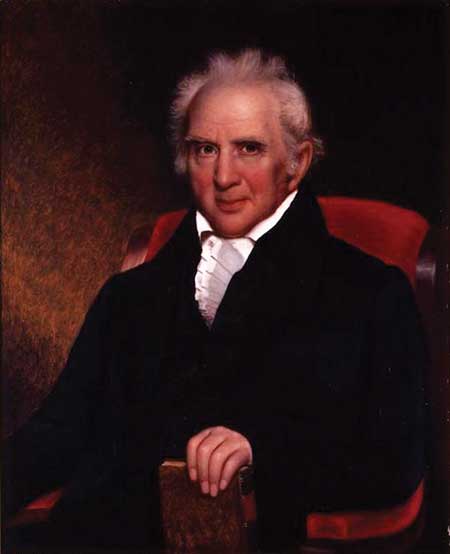 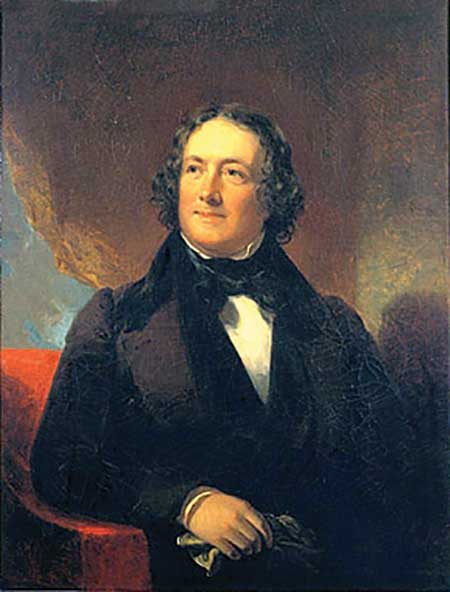 Portrait of Nicholas Biddle (1823–1836), the President of the Bank of the United States and a large supporter and contributor of the Greek committee of Philadelphia, by Henry Inman (1830s). 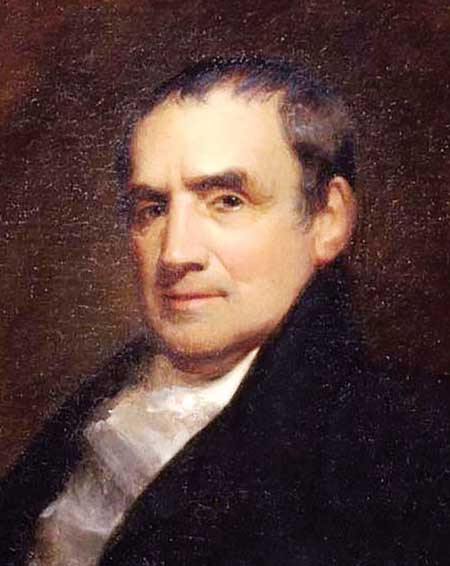 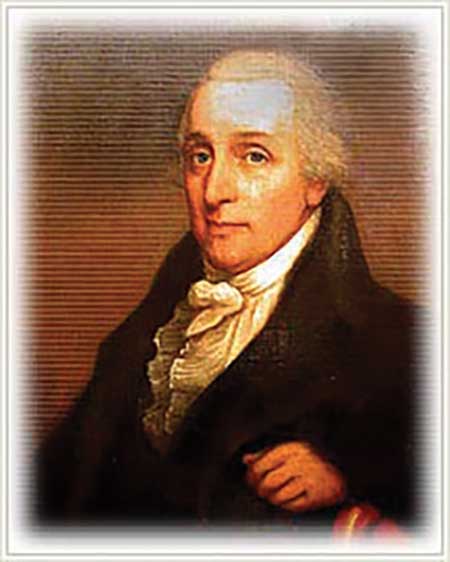 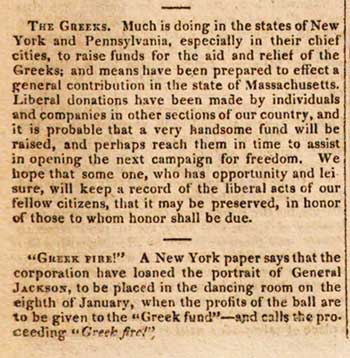 As editor of the The Niles’ Weekly Register from January 10, 1824, provides a peek into the coverage provided on Greek relief and the popular phenomenon of “Greek Fire.” 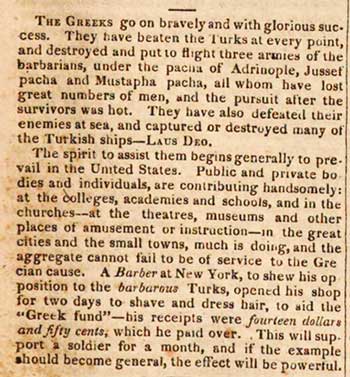 The same issue of Niles’ Weekly Register shows that the paper provided brief updates on the Greek military cause, expressed faith in Greek victory, and documented popular efforts to raise relief for Greeks.