Support for the Greek cause by the American public soared upon reading the news of the 1822 massacre at Chios, where thousands of Greeks were killed by the Ottoman army. This event led to outrage and calls to action across the globe and from the American people.

Americans read eye-witness reports in the daily press about Greek heroism, as well as tragedy from three young Americans who had embraced the Greek cause with particular passion, urgency, and zeal: George Jarvis (1797–1828), Jonathan Peckham Miller (1797–1847), and Samuel Gridley Howe (1801–76). As active combatants, they lived through some of the worst moments of the revolution, while reporting to the American Greek Committees the progress of the war as well as requests for aid. They presented models of bravery, along with the daily tragedies of the war, to the public in widely published letters, journals, and appeals. In their individual and in their cooperative efforts, they pushed for American support of the Greeks and took great pains to distribute relief to those most in need. 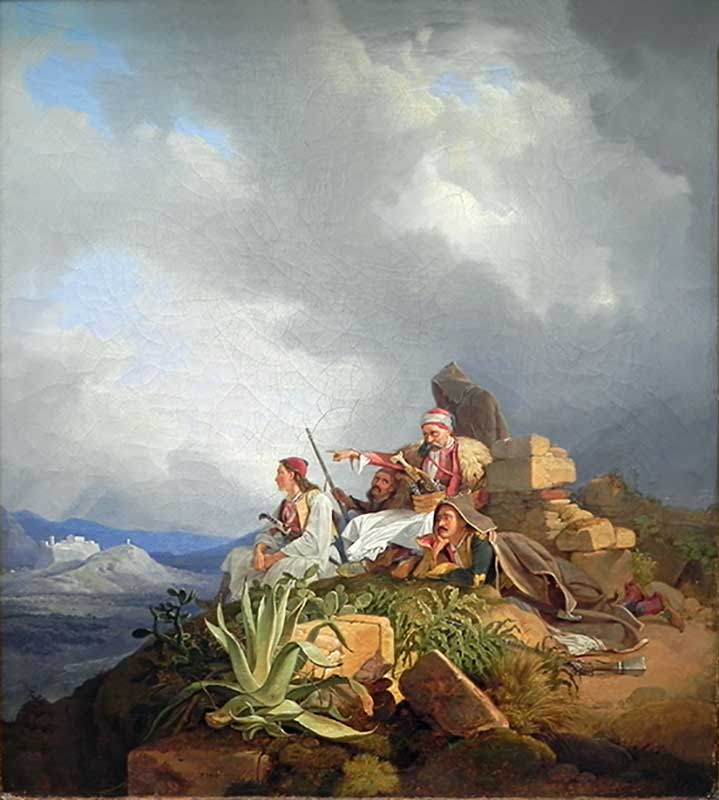 The Greek soldiers are ill-clothed, worse fed, and paid, as one may say, nothing at all; they are ignorant, not one in twenty being able to read or write; but they are very shrewd and cunning by nature; active as goats in the mountains, and brave, if you will let them fight in their own way, which is like that of our own Indians, firing from behind the rocks and trees.

He is excelled by none; he is brave, strict in discipline, vigilant to seek advantages and prompt to use them….He knows every man in his army, and is beloved and admired, as well as feared, by them; and as they cannot, or will not, see farther than their noses, they think him a firm patriot and a good man. He is now a prisoner in Hydra, having surrendered himself to the government after the defeat of his party and schemes. As far as I am acquainted with the history of his faction, he has been guilty of treason, and richly deserves death. 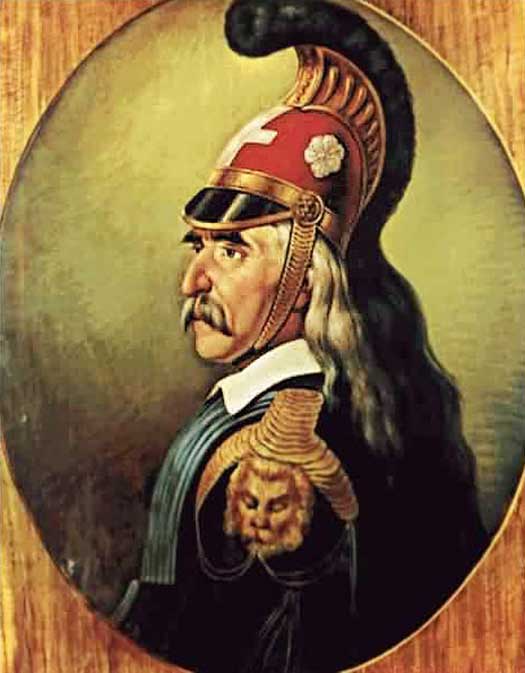 The Americans described major battles such as the fall of Missolonghi, and the massacre of Psara, as well as portraits of brave individuals and unnamed soldiers and sailors. Remarkable are their condescending descriptions of the Greek leaders, who they saw as regular people facing extraordinary circumstances. Among those described are Georgios Kountouriotes and Alexandros Mavrokordatos, who both served as President of the Provisional Administration, and Admirals Iakovos Tombazis, Konstantinos Kanaris and Andreas Miaoules, among other heroes. Theodoros Kolokotronis was particularly troubling to Howe, as Howe was attached to Mavrokordatos, who opposed Kolokotronis. 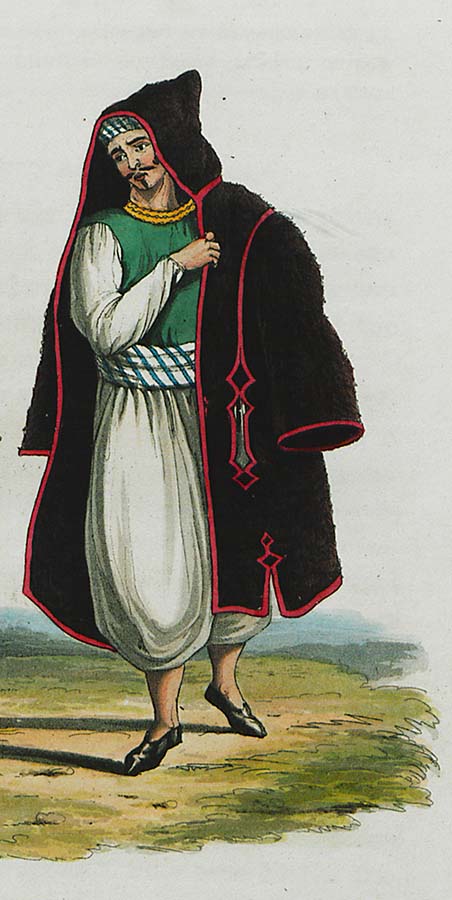 The Greek soldiers are ill-clothed, worse fed, and paid, as one may say, nothing at all; they are ignorant, not one in twenty being able to read or write; but they are very shrewd and cunning by nature; active as goats in the mountains, and brave, if you will let them fight in their own way, which is like that of our own Indians, firing from behind the rocks and trees. 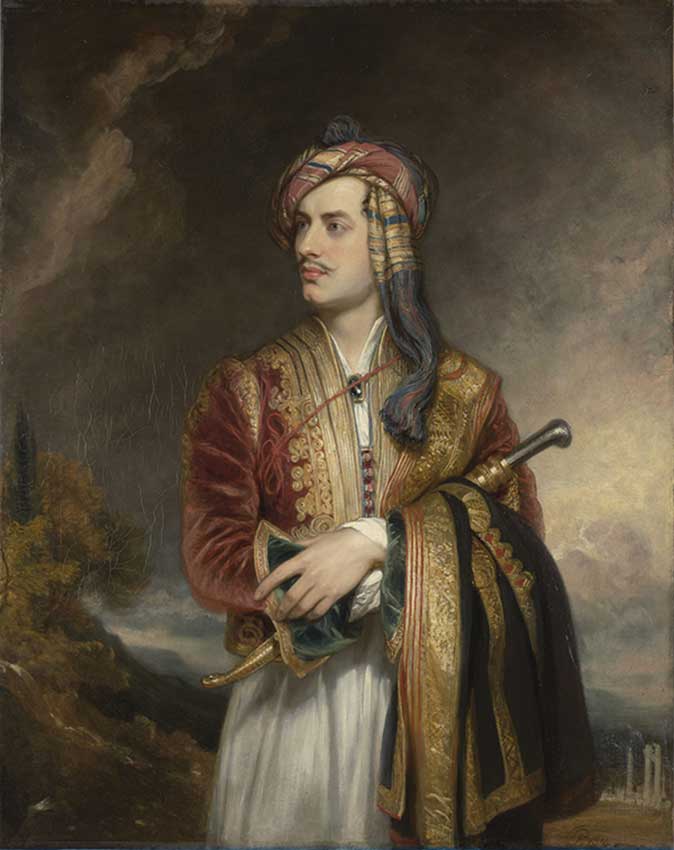 “Lord Byron by Thomas Phillips (1770–1845). Jarvis met and worked with Byron at Missolonghi until the latter’s death on April 18, 1824. Of the three (Jarvis, Miller, and Howe), Jarvis was only one to work directly with Byron before his death. Howe, a physician, conducted Byron’s autopsy.” 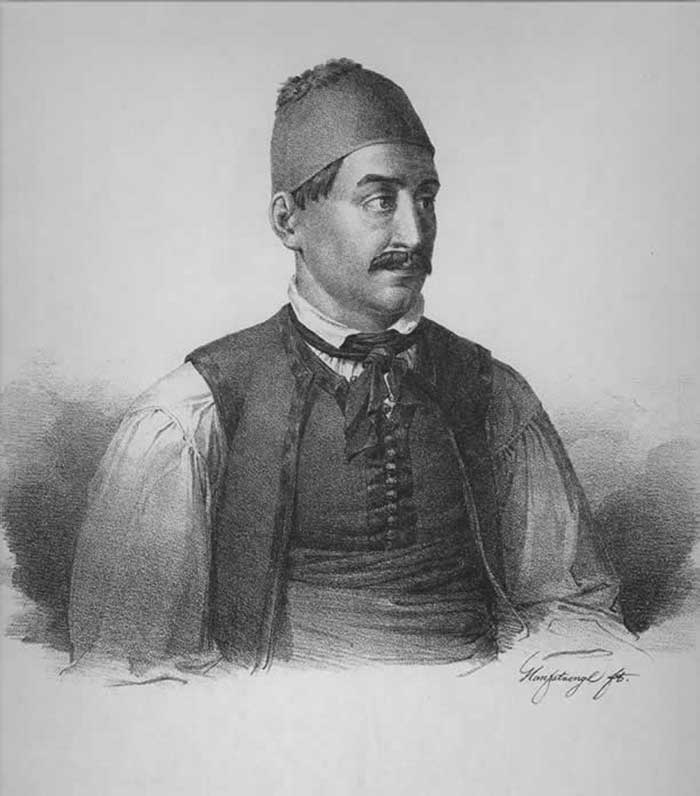 “Called on Konduriotes, the President of Greece. The simple-hearted old man seemed glad to see me again, as he thought I was lost. His mansion (for Greece) is a splendid one; and would not dishonour a civilized country. Some idea of his ignorance of the world may be formed from his asking me if I began to study English with Masson, and whether I could speak it any. And he seemed surprised when told it was an American’s mother tongue.” 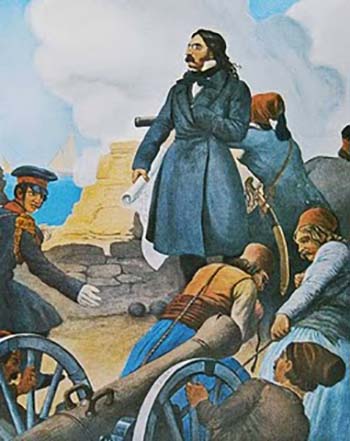 “Mavrokordatos is unquestionably the first man in Greece, in point of talent and influence.” 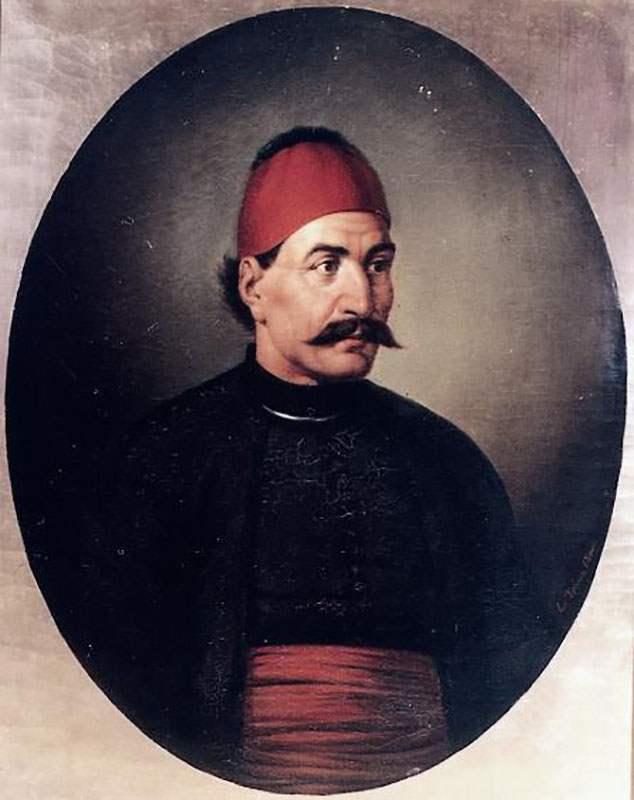 “First Admiral of the Greek Navy. Such, are the few men who redeem the Grecian character; they shine like diamonds among filth; they are brave, disinterested, enlightened patriots, who are willing and ready to die for their country. Oh, it delights me to think of it. Tombazi has not only taken his own vessel, voluntarily fitted her out, but he leaves an elegant house, that a nobleman might well be proud of, he has left a family that adores him, he has left riches and ease behind him, to go upon a dangerous, nay, almost desperate adventure, in the hope of averting from his country an evil that she might not be able to resist in a short time.”

Many of the women assembled at the appointed place, clad in male attire and armed, determined at least to die if they could not escape. The last sacrament was administered by the bishop and the priests to the whole population, and each one prepared himself for death. 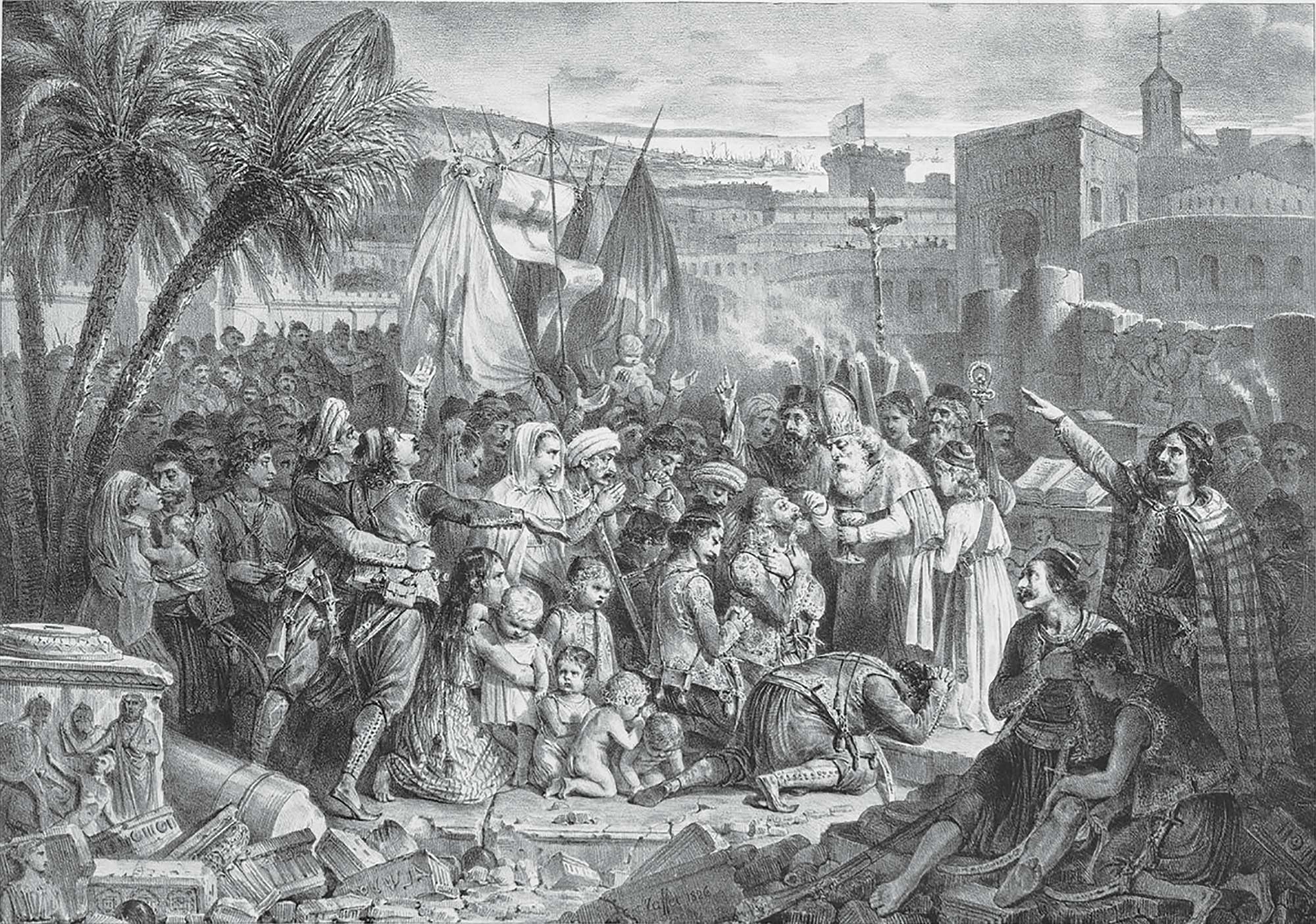