The Pen is Mightier Than the Sword 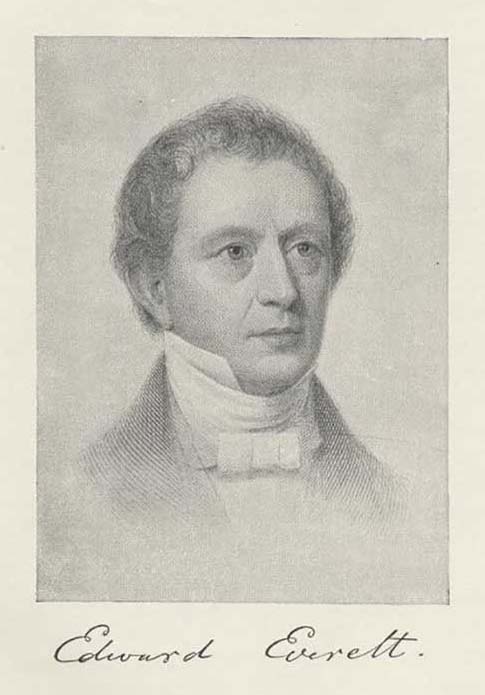 Edward Everett (1794–1865) was one of the most ardent and active American supporters of the Greek War of Independence. Everett began his career as a scholar of Greek antiquity, but was unusual in that he also took an early interest in contemporary Greece. In 1813, at just eighteen years old, he published an essay entitled, “On the Literature and Language of Modern Greece” in The General Repository and Review. In 1817, he became the first American to take a Ph.D., which he earned at the University of Göttingen. He then traveled to Paris and met the seventy-year-old Adamantios Korais, a leading intellectual of the Greek diaspora, who was well-known to Everett as a scholar of Ancient Greek. Eventually, Everett’s travels took him to Greece, where among other things, he met Lord Byron and traveled with him to Ioannina to the court of Ali Pasha.

In 1819, Everett returned from his long travels and took up his post at Harvard. Two years later, in 1821, the War of Independence broke out in Greece. When it did, Korais remembered his American acquaintance, and it was to Everett—primarily in his capacity as editor of the North American Review, a leading literary magazine—that he sent the announcement of the Greek revolutionaries’ declaration of independence. Everett corresponded with Daniel Webster, the Congressman from Massachusetts, who one week after President James Monroe introduced the “Monroe Doctrine,” proposed to Congress that the United States send envoys to Greece to support the war effort. While the U.S. officially kept out of the conflict, Edward Everett was instrumental in rallying the American populace to rise to the occasion of assisting the Greek cause.

As a founding member of the Boston Committee for the Relief of the Greeks and with his status of Professor of Greek at Harvard, and then as a member of Congress from 1824, Everett continued to promote aid to the Greek cause, ushering a groundswell of support for the Greeks on university campuses and among elite society in Boston, New York, and Philadelphia. 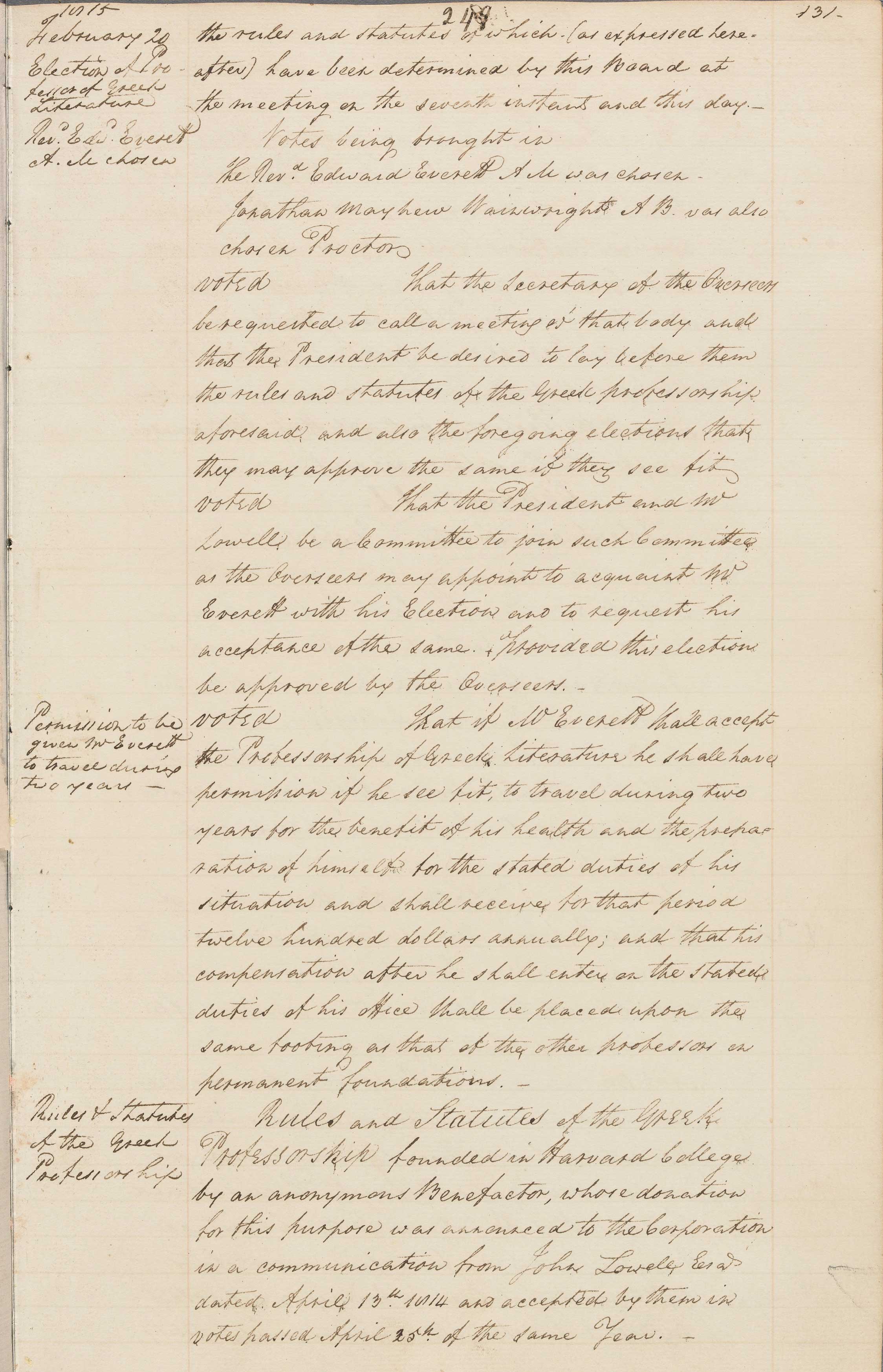 Minutes of the Harvard University Trustees meeting describing the election of Edward Everett as Professor of Greek and giving permission to travel on a stipend of $1,200 to prepare himself for his appointment and his stated duties. His travels took him to Germany, France, and Greece. 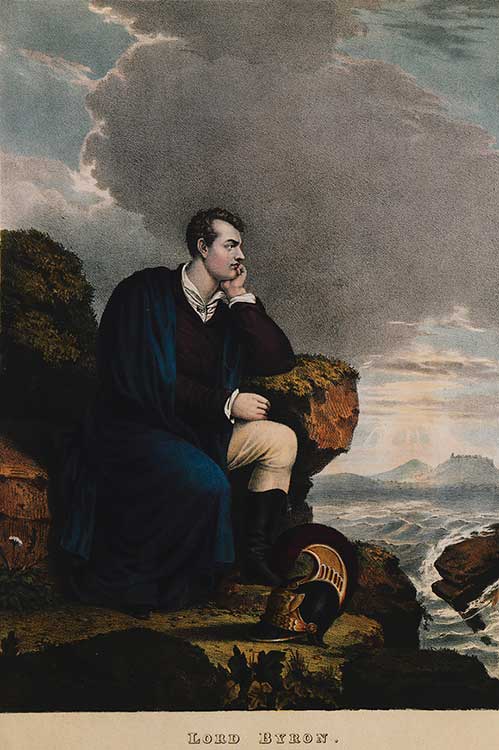 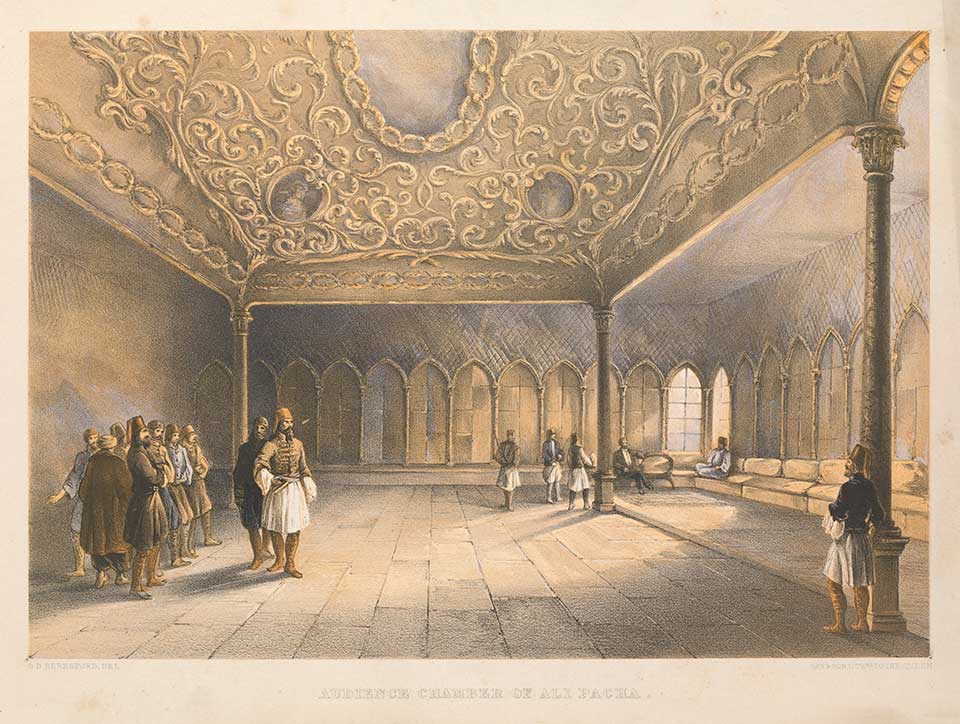 Everett journeyed to Ioannina for an audience with Ali Pasha—a visit facilitated by Lord Byron himself. “The Audience Chamber of Ali Pasha of Yannina” by G.D. Beresford, 1855. 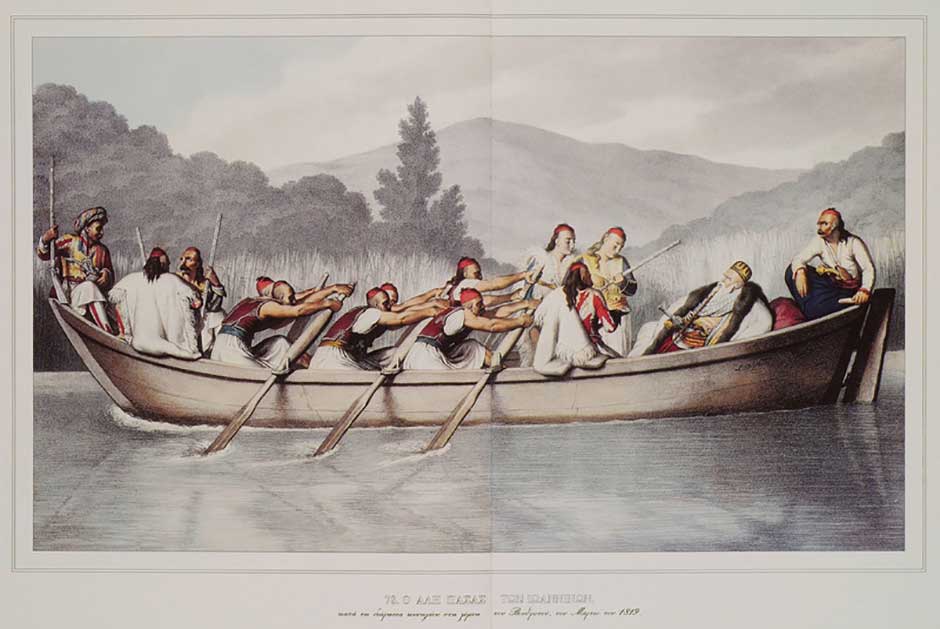 Ali Pasha of Ioannina hunting on Lake Butrino in 1819, by Louis Dupré.

We were the first Americans he had ever seen… He asked however whether we were not of English descent… [Ali Pasha said] America was becoming great fast.
~ Excerpt from Everett’s diary on meeting Ali Pasha

With the original of the proclamation of the Senate of Calamata and of your letter to me I accompanied it all with the strongest call which I could to the sympathy of the Americans. I would not want to attribute to my slight efforts but to the justice and truth of our Cause that a deep universal and generous feeling for Greece spread throughout North America. Philhellenic committees were formed everywhere and rather substantial amounts of money were given. 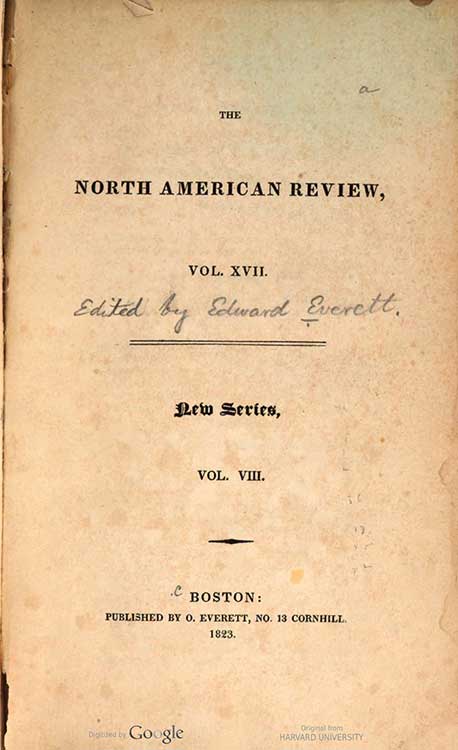 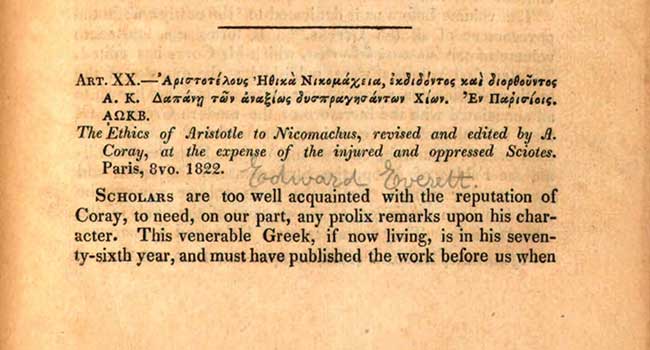 As editor of the North American Review, Edward Everett published a review of Adamantios Korais’ publication of Aristotle’s Nichomachean Ethics echoing Korais’ call for assistance after the massacre of Chios of 1822. 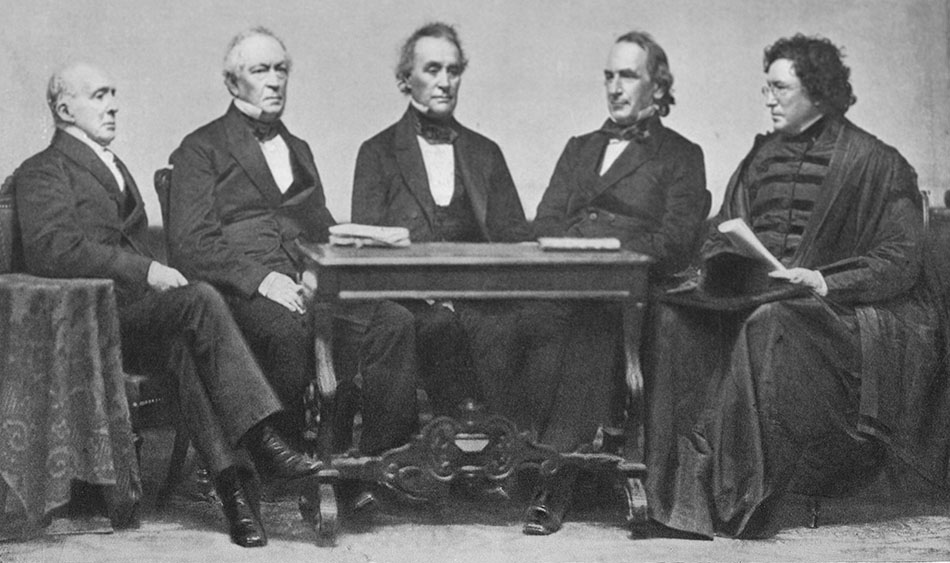 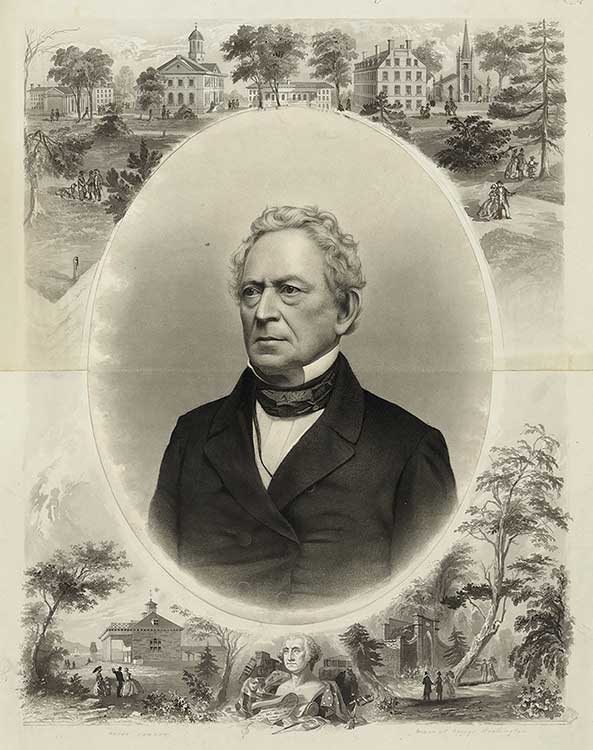 Edward Everett was a major intellectual force and became known as a great orator of his age. 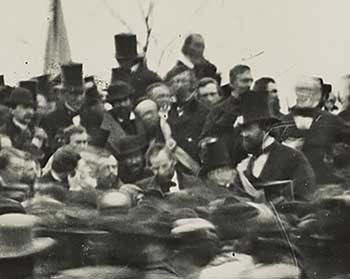 The public opinion of the world was enlisted on their side; and Liberty herself, personified, seemed touched with compassion as she heard the cry of her venerated parent, the guardian genius of Greece.

(Public domain via the Library of Congress)